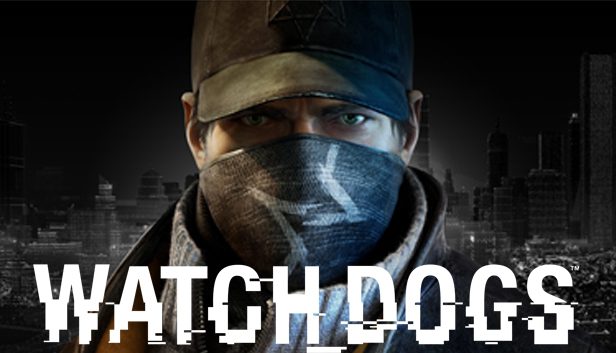 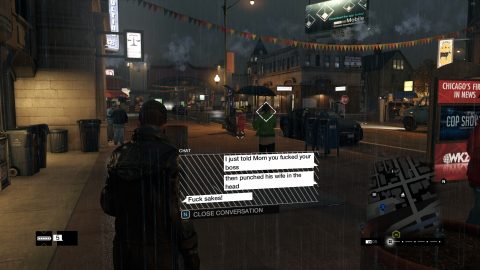 Can't recommend buying this because of a bug that stopped me being able to finish the game. Aside from that, it's basically a GTA clone with some nice hacking mini games thrown in. It's not a great port from console; completely unplayable with mouse & keyboard. Driving and walking is good with a controller, but combat and aiming are bad in both, making the end of most missions pretty frustrating when you need to fight your way out. Being able to navigate a base purely through remote cameras and detonate stuff is great fun, so is being able to hack city systems like traffic lights and steam pipes to take out pursuing cars.

- In Act 2 there's a mission to hack a guy's internal network. No matter what you do, the NPC is killed for no reason as soon as you start the hack, so you can't finish the mission / game. No acknowledgement from Ubisoft, plenty of documented cases on YouTube.
- The side missions felt pretty pointless. Usually in these open world games the side missions are pretty good and reward you with cash or weapons. In this game, they're things like 'run through coins in a time trial' and give you a smaller amount of cash than if you'd just hacked a person on the street
- I had the best of the 4 weapon categories within about 2 hours of playing (silenced pistol, fully automatic rifle, sniper rifle, pump action shotgun), with no reason to collect more than that. Other weapons are locked behind doing a certain number of side missions
- The skill tree unlocks are pretty cool, although they unlock quite slowly. There are 50 levels in the game in total.
- AI programming is pretty frustrating in places; even if you haven't been spotted, enemies will slowly head in the direction of the player until they 'accidentally' stumble across your hiding place