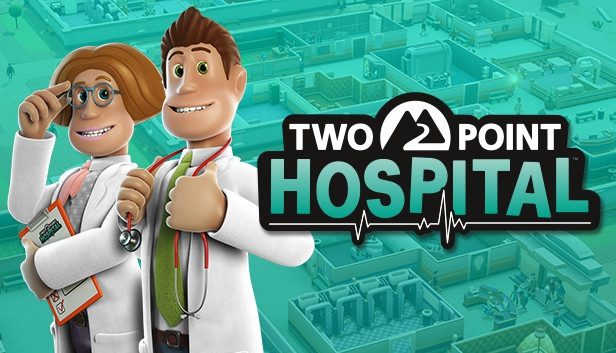 This is a modern Theme Hospital, from members of the original development team. You are a hospital administrator and you must build a profitable healthcare empire by hiring doctors, diagnosing patients and keeping your staff and patients fed, watered and happy during their stay. The 'campaign' is a series of hospitals with varying challenges and it does a really good job of introducing illnesses over time without being overwhelming. There's also new mechanics like training doctors, carrying out research, and unlocking unique items for the hospital like a gift shop. The humour is spot on, the animations and framerate are really smooth, and it’s relaxing to play. 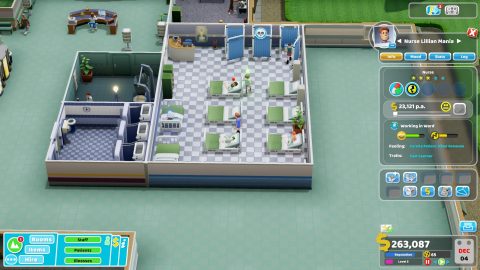 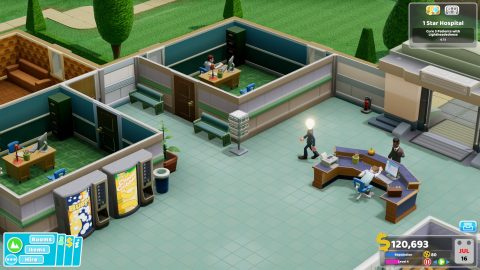 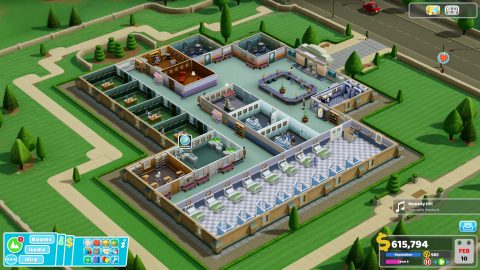 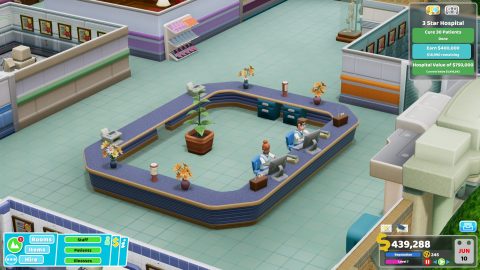 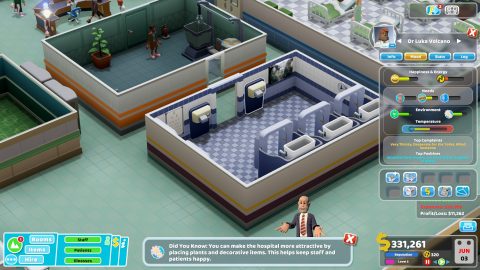 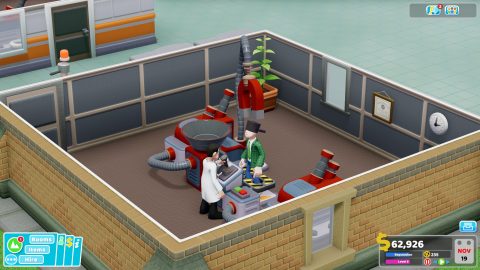 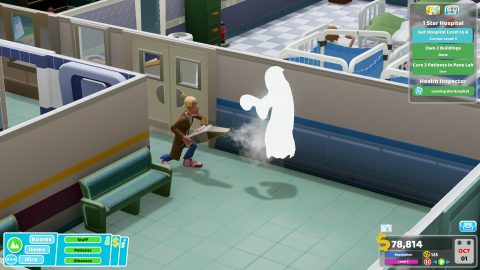 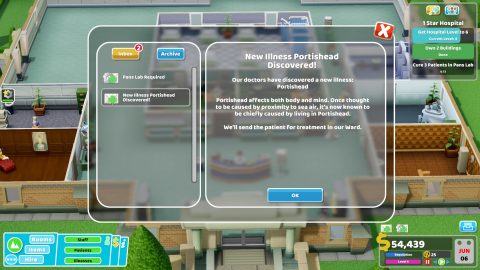 - I find it annoying that you can't edit a room without it flinging everyone out when you're done, but I understand why it's like that. If I just want to add an extra bed to a Ward, it removes all the patients from the room and interrupts their treatment.
- Particularly in smaller rooms, it would be useful if the closest walls to you were hidden like in The Sims. When you're trying to place an object in a 3x3 room, the closest walls really get in the way.
- The camera controls are generally good, but I find it slightly annoying that you can only rotate to the left and right OR change the angle up and down, but not at the same time. Once you start moving the mouse, it locks it to an axis.
- Having internal windows as decor items strikes me as odd - do hospital treatment rooms normally have viewing windows? Also, you can't add windows facing the outside as they're all fixed.
- I don't like that hospital building are pre-built. I understand it's to provide layout challenges and to purchase extra land plots, but I'd like to design my own.
- It uses days as a unit of measurement, which looks quite strange given how long things last. It takes 4 days between arriving at the hospital door to being seen by reception. Training takes 6 weeks, which makes sense - but doctors go on a lunch break for 3 weeks at a time.
- The prestige system for rooms is disappointingly flawed. You -can- fill them with things that look cool in sensible places, but because of the prestige system, it makes more mechancal sense to just spam gold certificates all over the walls and nothing else, to get the maximum prestige in the smallest rooms.
- I'd have liked to see things like people being pushed around the hospital in beds or stretchers in an emergency . The large ward door indicates this would be the case but it's not.
- The music is perfect. It's wearing a little thin, but so will anything when you listen to it for 20 hours straight. The radio is genuinely entertaining.