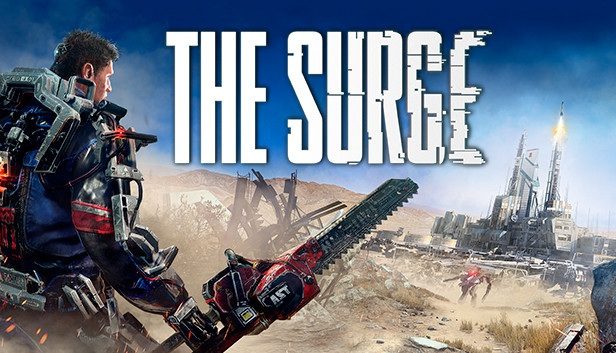 After initially throwing this under the bus, I decided to give it another chance. TLDR: Ultimately, it doesn't respect your time. Any game that will just remove an hour's progress because you die on the way back to collect your corpse isn't worth playing. The Surge is basically a Dark Souls clone. The story starts out really well, and I imagine it's probably really interesting to discover more, but playing it is like bashing your head against a wall. In line with Souls games, you grind for money, levels and gear upgrades. There are campfires (med bays), enemies respawn when you save, combat is dodge based, and you lose your progress when you die twice in a row.

Honestly I was pushing past the frustration and making progress, but I can't ignore the fact that spending an hour making very slow progress through a level and then dying in two hits on the way back to collect your corpse is just obnoxious game development. If you're going to waste an hour of my time when I'm trying to enjoy it, then I'm not wasting any more on it.

+ The combat is generally really good (at least with the fast weapons. Heavy weapons suck)
+ Really cool lore
+ Runs well
+ Well designed levels with shortcuts back to base after clearing a portion of the map
+ Lots of combat options with a variety of gear types and implants

- The game makes you use an implant slot to see how much health enemies have
- No warning before being attacked
- Multiple enemies will happily gang rape you, making combat with more than 2 enemies practically impossible
- There's a timer to recover your money when you die. If you get killed before you get back to your loot, you lose everything
If you don't want to die or lose your stuff, you have to keep running all the way back to the nearest med bay
- In the medbay, there's a radio that plays ONE song on repeat, for the entire game every time you upgrade or die. Thankfully there's an option to turn the damn thing off on PC