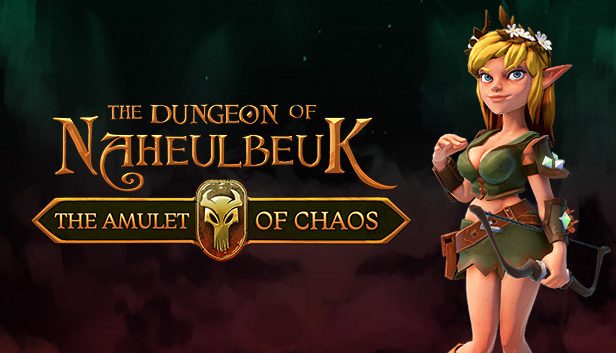 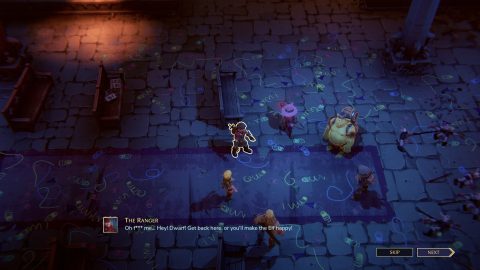 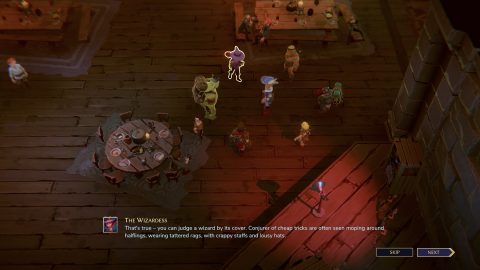 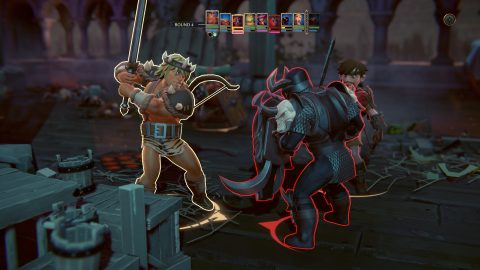 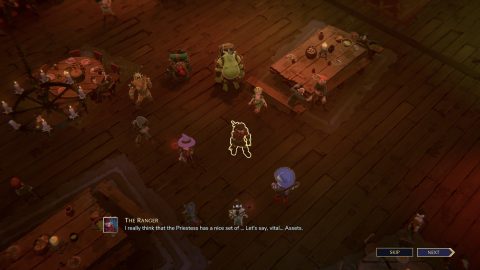 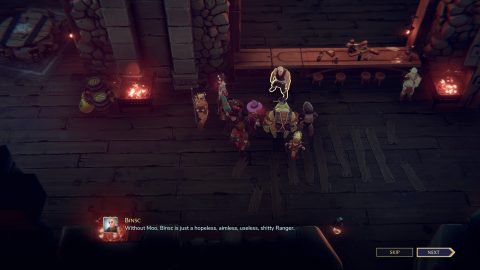 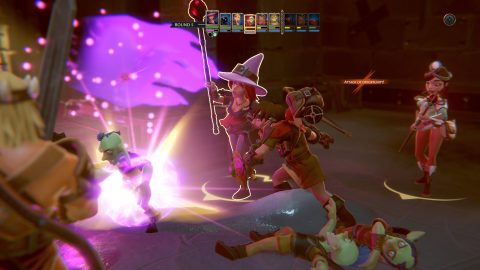 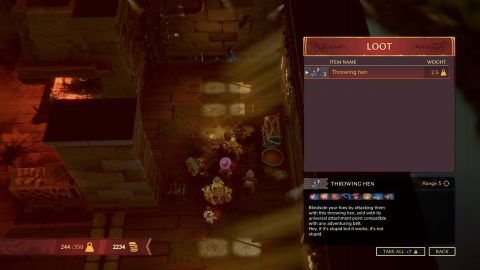 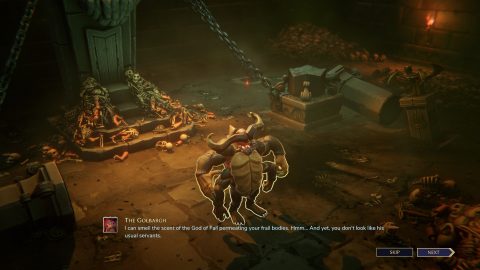 TLDR: If you like Dungeons & Dragons and have a lot of patience, you might enjoy this. But fair warning, it's a bit buggy, inconsistent, and the voice acting is definitely not for everyone. It's a turn-based party RPG set in a tower, on a quest that is a lot more complicated than it seems. It feels similar to playing a real DnD campaign with friends. There are bad jokes, sweary dwarves, and a lot of fantasy cliches. Overall, there's a decent game in here - but enjoying it takes a bit of effort and perseverance. It has some great ideas and a coherent style, although it's missing that final level of polish that makes it really great.

+ Genuinely made me laugh
+ You can set waypoints for moving to avoid certain enemies
+ Characters swear just like a person playing DND (and they're beeped out, which is always funny)
+ Comical weapon names like a "Lame-ass longbow"
+ The male narrator's voice sounds like Wil Wheaton
+ To help counteract "hit percentages", you gain charge in a meter every time something 'unfortunate' happens, which you can then use as a buff later (although the fails are a bit over the top, and the gauge doesn't compensate enough)
+ References to Monty Python, LOTR, Skyrim, Baldurs Gate and Doctor Who
+ My Wizardess rolled a critical fail on a spell, and the Dwarf yelled "Yer magic is shite!", later someone else called her a "useless muggle". My Wizardess rolled critical fails A LOT
+ The ogre gets a move that lets him pick up the dwarf and throw him at a group of enemies
+ Most of the game is fully voiced

- Completely unpronounceable and unmemorable title
- There are a couple of "run around an entire floor until you find the right thing to click on" quests which aren't entertaining
- The voices are generally pretty good, but some of them are really annoying
- Aside from the original 7 characters, you can also choose either the paladin, priestess or bard. Choosing one removes the other two from the game. It's a shame - I did want all of them, or at least swap out / have them around to try
- Moving the characters around when out of combat is really clunky. 1, Characters stop moving if you rotate the camera. 2, Trying to rotate the camera is way too sensitive on keyboard and swings around wildly
- There's no combat log, so I can't see what just killed a character if an enemy used an ability. The Priest is randomly taking damage at the start of her turn with no debuff and I can't find out why
- Characters talk too quickly
- I probably would have preferred the characters to say nothing in battle rather than the same 2 voice lines per character on repeat for 30 hours
- Loading screens are quite long on an SSD
- The game takes a really long time to get going. Abilities are limited for a long time, and it's only after about 20 hours that the thief becomes useful
- If a fight is too hard, there's basically nothing you can do about it. There's nowhere to go and level up, and if all the sidequests are done and you've bought all the gear...
- Characters have a Stamina/mana bar and each ability has a cooldown. The stamina and mana seems kinda pointless because the cooldowns are so long, you can usually use each ability only once per fight
- Finished it in 35 hours. It could do with being about 10 hours shorter
- The rolls can be kind of a joke sometimes. I got 3 critical fails in a row, in two separate fights
- The game was originally French, and the number of copies sold seems to be quite low, which means there's no info on the internet about the puzzles, or some of the abilities

Bugs
- One of the NPCs is bugged as IO_NAME_AS_C06_GisbertCell
- The elf and the priest both have the skill that stops lightning and ricochet arrows from hitting allies, but from chapter 6 onwards, it always bounces to allies
- You can attack people through walls, both ranged and melee.
- The marker for handing in Co-op Heist is wrong. The marker says the courier is off the map to the south west of the dungeon, but he's standing in the Inn
- Some achievements don't pop
- When you're deciding where to move, there are indicators for whether you can hit an enemy with a ranged weapon. Sometimes the indicators don't show up
- After using a skill reset potion, all my characters in the menu disappeared and were replaced with a white box

Spelling mistakes I noticed:
- Cure major wounds is a 'anged' spell
- Loubet's anticipation "developped"
- rats as big as baors
- Elven Ricochet targets "friend of foe"
- If I am to believe my dictionnary
- Books: "The Barbarians 1/3", "The Barbarians 2/3" and "Barbarians 3/3"
- In the English version of the game, the save menu has a button that says "retour" (return, in French)
- controling
- negociation
- destructible objetcs
- faittful