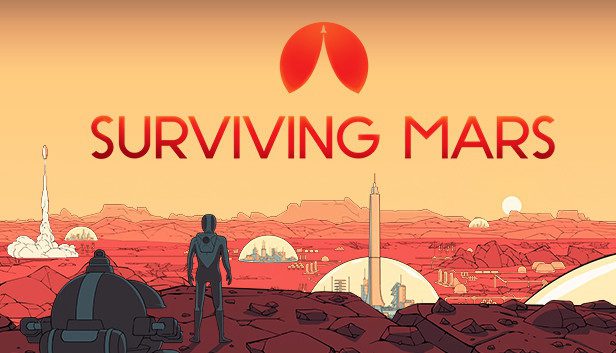 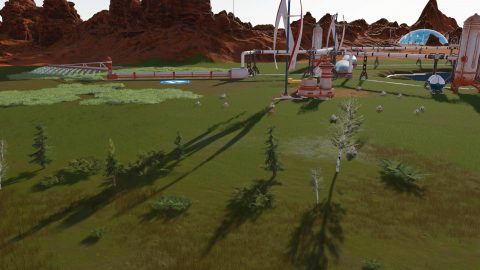 Surviving Mars is a city building game set on the Red Planet. Starting out with some basic resources and funding, you create domes for a human colony to live in, setting it all up in advance with cute little bots. It took me several attempts to get into this, but once I finally got past the tutorial I got sucked into it for a few days. There's an interesting divide between getting all the construction work done by drones, which don't need anything, and the colonists who need food, water, oxygen, work, comfort etc. It's tough at the beginning getting everything in place, but once you research half the tech it becomes a relaxing exploration game about building the wonders and terraforming.

+ Great background music. Can listen to it for 30 hours and not get bored. Like a cross between Stellaris and Cities Skylines
+ Cute robots
+ Breakthrough technologies are really interesting and often change you how play
+ Multiple stories to experience which add loads of interest
+ Very addictive trying to optimise everything
+ Terraforming! Honestly if you don't have this DLC, the game isn't complete. It turns a Mars survival game into a very long process of making Mars green. And past the cosmetics, it also has a really positive impact on gameplay. It adds seeds as a resource, and 4 metrics of how far the planet has been terraformed. Each milestone for those metrics reduces disasters, and affects your resources (more atmosphere = better wind but less solar). The first tree on Mars, the first rain, the first patch of grass were really engaging. It does take forever though; I played pretty much one save game for 30 hours and I didn't quite get it to 100%.

Overall I really enjoy the game, although there are a few annoyances.
- Managing resources is a pain - not because it's actually difficult, but because of how the game handles drone controllers. If the resources aren't within that specific drone station, they don't exist and your drones won't go and get them. That means you have to overlap all your controllers and put universal storages between all of them. That's until you get shuttle technology, and flying shuttles carry everything over infinite distance.
- The tutorial tells you at least half a dozen times to change the game speed to maximum (5x speed). I spent pretty much all 30 hours of my playtime on x5 speed unless there was an emergency. Perhaps the default speed should just be faster?
- Usually, the aim of a game like this is to become self sufficient. In Surving Mars, you can order anything you need from Earth though, and being self sufficient is extremely expensive to start with. You can buy anything with money though, so the whole dynamic of the game changes to "make money and just buy what you need", which can actually make it a walkover once you've got plenty of money generation
- Whenever I go AFK, the game crashes. Literally if leave it alone for 5 minutes, when I come back it stops responding. Weird. Works fine as long as I'm in front my my computer.
- Not enough info on production; it shows how much was consumed and produced "yesterday" which is a tiny timeframe, and useless for things like food which is harvested once every 10 days
- I started enjoying myself way more once I started on Normal rather than Very Easy. The first faction gives you tons of rockets, resources & money, and your rockets refuel themselves. Once I started with the Terraforming faction and got 1/6 the money and 2 rockets, I actually had to start paying attention to game mechanics and it was much more enjoyable. Starting like that would also be more fun to discover stuff, less overwhelming and demonstrates what the stuff actually does rather than just giving you everything at the beginning.