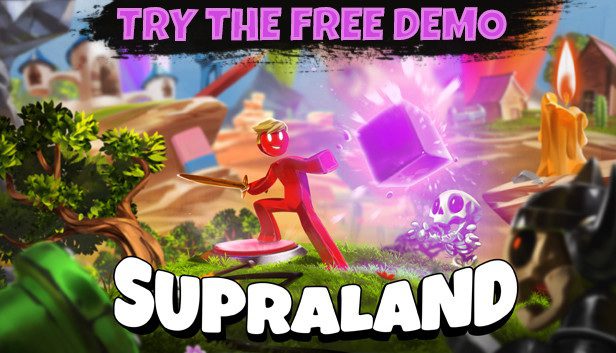 Supraland is a 3D Metroidvania set in a child's sandbox. Everything around you is made of small objects from real life like pencils, pebbles, lego bricks etc. It has a lovely art style & is made in Unreal Engine by pretty much one guy; so for that at least it deserves a lot of slack. The unlock system and the abilities you have are really unique, like a belt buckle that lets you levitate near metal objects. There are LOADS of things to find hidden away in little corners; although I did feel like some of them just felt like glitches. I found several areas before I was meant to, and it's not always clear whether you just need some other bit of gear to get there, or it's badly designed.

It generally does a decent job of saying where you should go next, although there are several puzzles where a hidden mechanic is used, then forgotten about pretty much for the rest of the game. There are lots of ways your items can interact with each other which is nice.
I felt like it was a bit too long. I enjoyed most of it, but the last couple of hours were dragging.