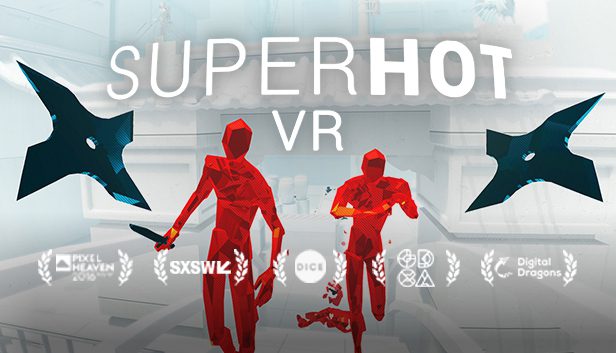 Absolutely fantastic. SUPERHOT is a game about taking on a series of assault missions in blank white environments and taking out all your opponents. The twist is that time only moves when you do, which gives you time to plan your moves. It makes you feel like you're in the Matrix. You can dodge bullets, throw a frying pan at someone so he drops his gun, then catch it out of the air and shoot his friend. Cutting bullets out of the air is awesome. It's incredibly satisfying and makes you feel like a badass. The game is only about 2-3 hours long, which is a shame. I'd love to see more of this.

I think my only criticism is about throwing objects. The immersion the Valve Index gives you by being able to grip to pick up, and literally open your hand to drop them is great, but I still haven't got the hang of throwing things in VR; objects practically never go where I want them to if I throw them, which makes it quite difficult to kill some enemies by throwing things like knives, cigarette trays and calculators at them.