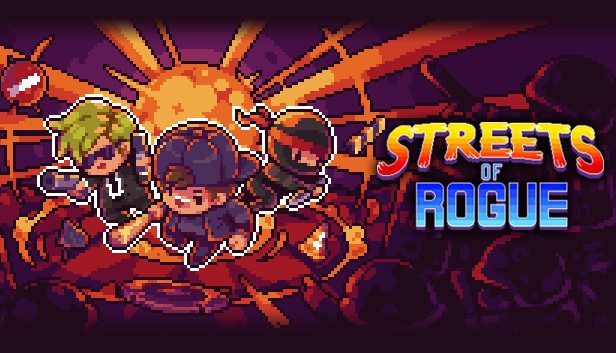 SoR is a roguelite about working your up through a city, playing as one of several (lots) classes which affect your starting weapons and abilities. There's a lot of variety in classes and lots of original ones. Soldier, thief, doctor, but also cannibal and ape. There are lots of different approaches to missions - stealth, hacking, killing everyone, tampering with the air conditioning, blowing up a TV etc. That part is really well done, although equally the cause of my frustration (see additional). It's a single-man development, so on the whole it's pretty impressive. The animations are nice, and it's good fun to play. I'm not a huge fan of the twitchy fast-paced combat, but it's functional.

Trying to play the game as a hacker is either buggy or unfair. If you start hacking something, the person nearby will instantly know it's being hacked, run right at your location, and even if you get away before they even see you - if you go back, they'll still attack you on sight even though they shouldn't know you had anything to do with it.