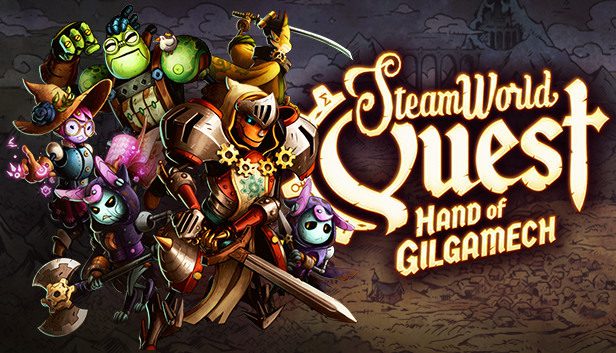 As always with Image & Form games, the polish is top-notch. Really smooth animations and interactions, beautiful assets. You pick up a party of robots in a fantasy setting - each have levels, stats, equipment and their own deck of unique cards. They also have bonus effects if you use some cards with specific party members. Lots of dialogue but VERY light story; it's mostly about working through rooms and smashing enemies for XP and resources. Similar to JRPGs, you can replay sections and levels to get more stuff which you'll need to do if you want all the cards. Overall it lacks that special something from their previous games and it's kind of a chore to get through.

While enjoyable, it didn't really grab me like all of their other games have. The combat is fluid and well made, it's just not particularly engaging. There's almost no story, and the gameplay is almost entirely based around grinding battles. Sound effects are great though.
It's nothing like slay the spire - this is a single-player campaign, not a roguelike dungeon crawler.