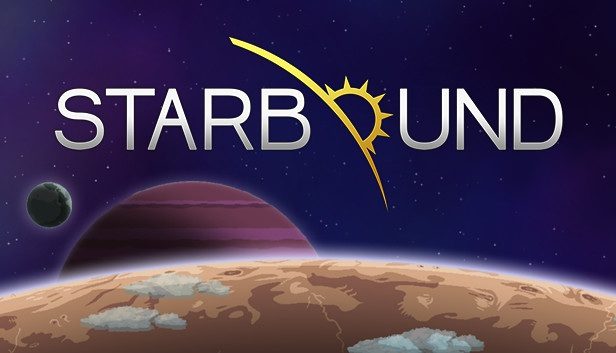 I didn't pay any attention to Starbound for years because of the graphics, but I recently decided to give it a go after seeing it in a "best space games ever" list. So one month later with 200 hours played, I think it was a good buy. I always get eaten by mining and base building games - and there's a huge amount of freedom here. You stop seeing the crappy graphics pretty quickly, and for a 2D pixel art game I actually found it really immersive. Running out of food and trying to dig your way back to the surface of a hostile radioactive planet is good fun. I will say though that I think Starbound only reaches it's full potential with mods - specifically Frackin Universe. 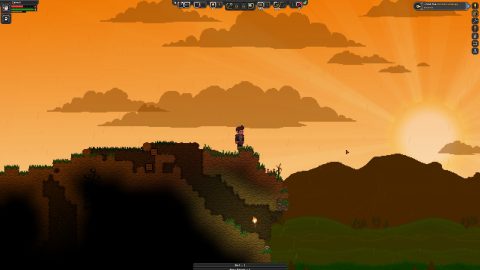 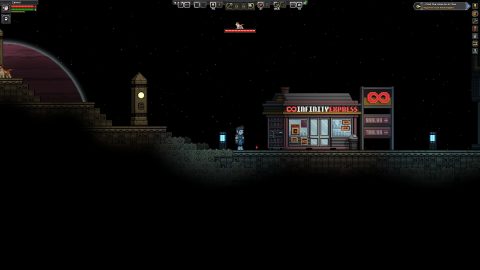 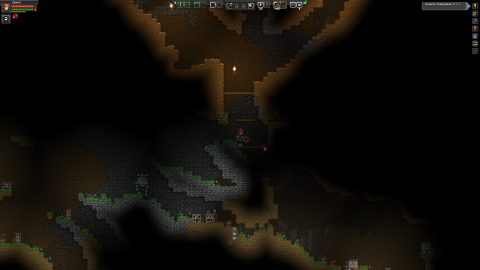 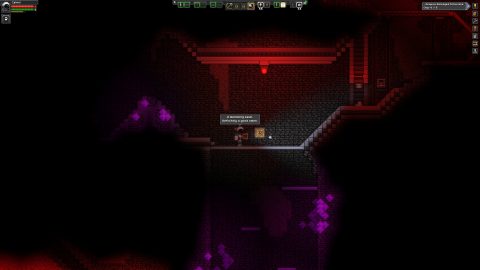 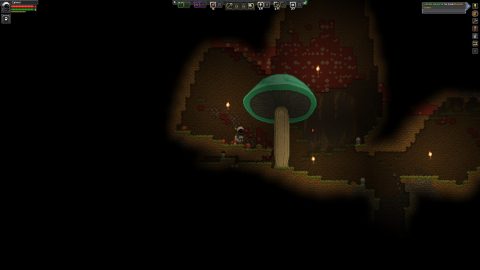 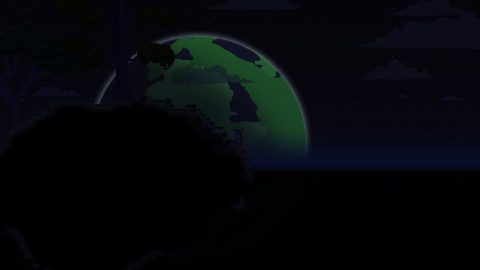 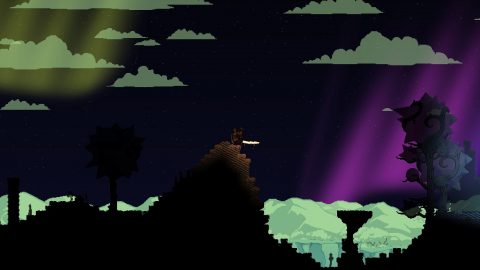 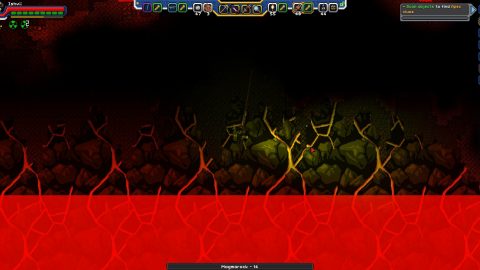 I played 20 hours or so without mods and quickly wanted more, so I restarted with Frackin Universe + the pack of mods they run on their server, and a mod to make the interface readable on a 1440p monitor. So this review isn't just Starbound, it's Starbound plus mods and Frackin Univese.

Pros:
- Water / fluid system. You have to pay attention to caves getting flooded while mining and building
- Lots of different kinds of planets to explore - all weird and wonderful
- Lots of different gear sets. There a ton of costumes too although I didn't care about those
- Survival mode definitely adds interest, it'd be less interesting with no hunger
- Exploring planets is immersive and gripping - especially with FU's system of resistances and climate types
- There's an infinite universe to explore with tons of planet types and biomes
- Ocean planets!
- There's a mech system which is pretty good (with mods), but it's possible to totally ignore it as it's completely separate to normal gamplay

Cons
- The interface is pretty clunky. There's a "Take All" button but no hotkey. To read a book, you have to either equip it then use it, or move it onto your character. To change a gear set you have to click and drag each individual piece from your character to your inventory etc.
- Without mods, containers are too small, have no filters and can't search
- There is a story, but it's just "go and scan all these planet types" then kill the last boss. It's just a framework for the exploration
- Items on the ground disappear after a few minutes. Tried to re-organise my storage and lost literally all my resources from 30 hours of play because they were on the floor for too long
- There's only one auto save per character. If it gets corrupt, you're screwed
- Objects don't load when you're far away from them or you leave the planet. So things like rail cars, power and automated factories don't function when you're off-world
- Combat is the weakest part of the game. It's 2D, and it's easy to either exploit it, or get one-shot.
- The game occasionally stutters when it loads new 'chunk's which can lead to instant death either by enemies or falling off a ledge

Frackin Universe
Practically everyone playing SB will have heard of this. It adds thousands of new item types, gear sets, planets, resistances, weapons, items, power system, automation and is absolutely huge. It adds a ton of stuff to build and lots of replayability. It's unfortunately that the guy who builds it is a complete dick to practically everyone; putting down people with questions, and outright insulting anyone who disagrees with them, so the Discord for it isn't a great place to be. It's a shame, because the mod itself is pretty awesome.