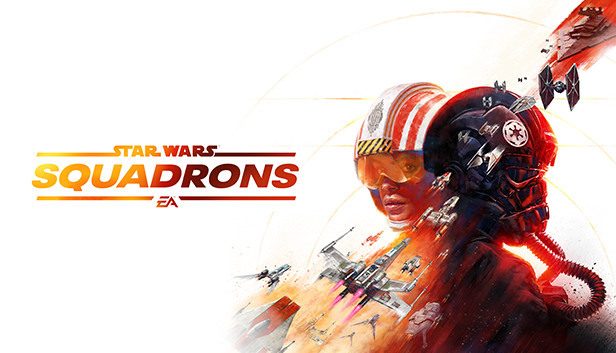 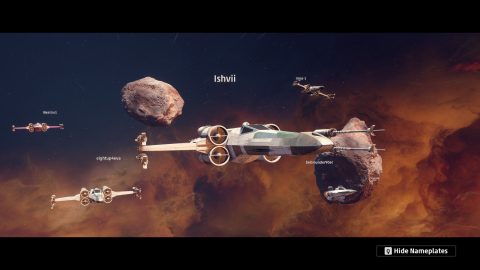 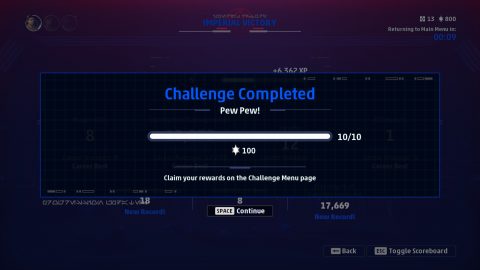 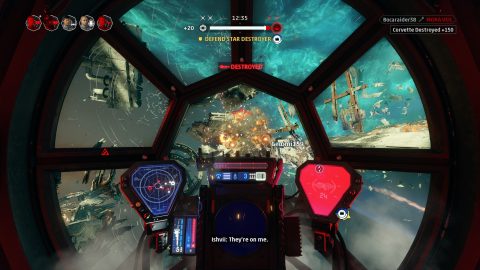 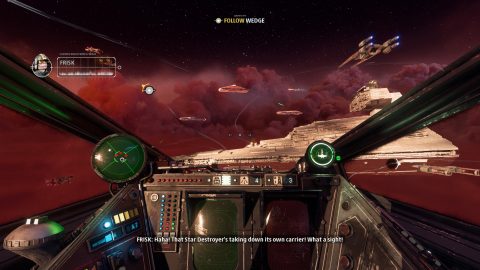 The problem with releasing a Star Wars space fighter game is that there are thousands of middle aged neckbeards that will be unhappy no matter what you make or how good it is. The sound design and the flying mechanics are brilliant. It feels so good flying around the Star Wars universe; especially in VR which is very immersive and works really well on a Valve Index. The single player experience is solid and a good way to learn how to play the game. The multiplayer is severely hindered by bugs and poor matchmaking.

Pros
+ Flying is great fun
+ The sound design is great. The TIE fighter noise is so iconic, and being able to fly one is exhilarating
+ You can play as both sides
+ Great power management system for transferring power between shields, weapons and engines
+ You can control the direction of shields
+ Good maps (more please)
+ VR mode works perfectly, although it still requires a controller, doesn't work with knuckles

Cons
- When you're in hangars between missions, there are NPCs walking around and you're instructed to "Go to the briefing room" but you're stuck to the floor and can't move (it's not a bug). You can only look at things that are far away and click on them
- Text is fuzzy on 1440p
- It's a shame that VR requires a normal controller instead of using the Knuckle controllers but at least it works
- Mouse control scheme has that drag mode instead of directly moving the ship
- If you crash into something you should blow up, not bounce off
- Unlike games like Overwatch, where you can hide behind things to avoid fire, there's not much you can do when you're getting shot at here. If someone's decided to chase you, you're going to die.
- Again comparing to Overwatch, it's difficult to tell what you did wrong when you can be killed instantly by someone you can't see
- FPS is up and down. Sometimes it sticks to the 144 refresh rate but still looks choppy. Sometimes it reports 200-250 but still feels like 30
- The matchmaking is awful. We lost 95% of dogfight matches about 30:10, and the 2 matches we won were 30:3

Bugs
- Voice chat doesn't work. It says it's on but doesn't broadcast, and it continues to say you're broadcasting even when you disable it
- Fleet battles are still unplayable 2 weeks after launch. In my most recent attempt, it started the ranked battle again 4v5, then crashed just before the match started.
- Starting the fleet battle tutorial closed the game
- I won a Fleet Battle against the AI, and the challenge to do that (Win Fleet battle vs AI) didn't complete
- There's a delay when you click 'buy' on a ship component. If you click it again before 3 seconds, it gives you an error message
- When you're not flying, the hangar areas appear to be capped at 30fps
- Matches don't end when someone leaves (even when the game says 'the match will end')
- In ranked battles, if someone leaves - the match apparently doesn't count for ranking. But you still get penalised if you leave, which means wasting another 20 minutes in a match that doesn't count
- Sometimes a ranked fleet battle just starts you as 4v5 and you're not allowed to leave