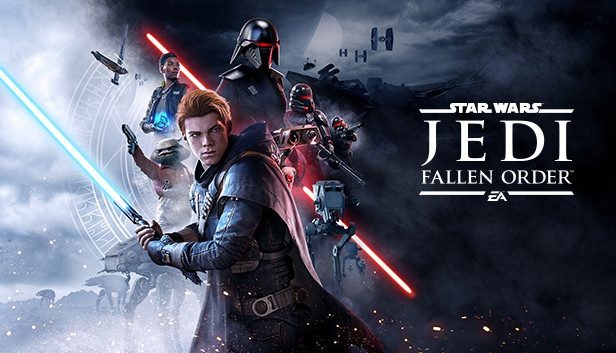 As the first single player Star Wars game on PC in 14 years, this had a lot to live up to. As such, EA have totally played it safe and basically built an inoffensive mashup of God Of War, Tomb Raider and easy-mode Dark Souls. It's unoriginal, but manages to deliver a decent Star Wars experience . It looks great, it's got Star Wars music and Lightsabres, and the voice acting is good - although the primary character dialogue animations and models are a bit off. Gameplay is linear and predictable, with rather too many puzzles and not enough combat for my liking, but for a first entry to protect their brand it's a perfectly average, sell-able Star Wars experience. 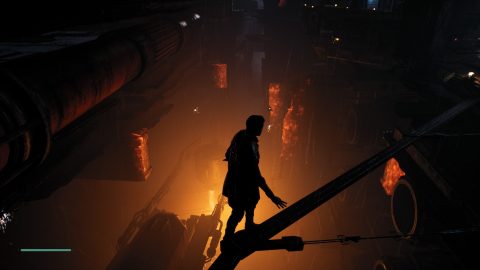 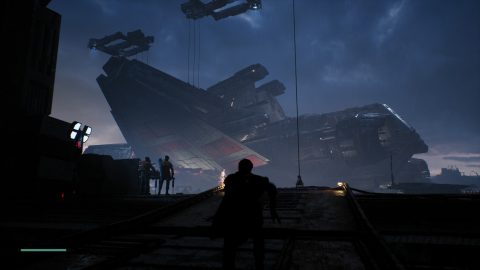 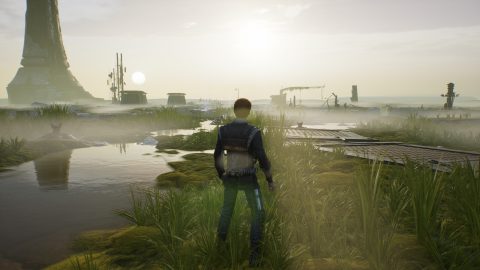 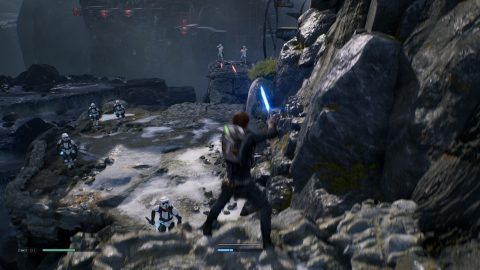 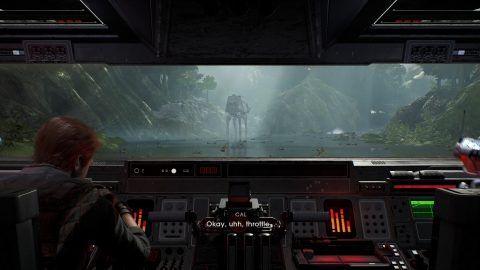 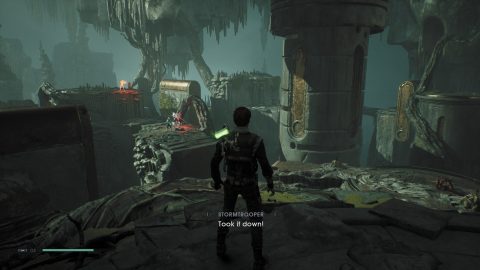 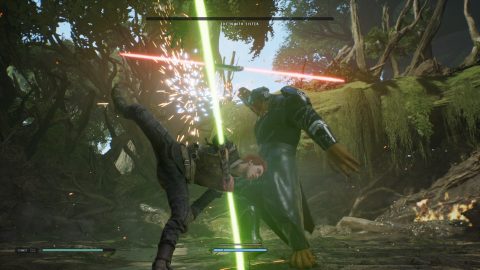 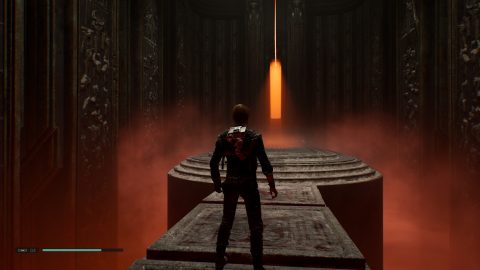 Pros
+ Very pretty, with very impressive backdrop sequences
+ Lots of cinematic sections with good action make it feel like part of a movie
+ The game runs well (although with a top end graphics card, I don't know how it performs on lower hardware)
+ Combat is generally responsive, and the Lightsabre and sound effects sound like star wars
+ Story starts off well, although the ending is stupid
+ Music is spot on
+ There's a cute little robot with you for the whole game
+ Lots of lore entries to find lying around
+ Flinging Storm Troopers off ledges with the Force never gets old
+ Good variety of enemies, both in humanoids and wildlife
+ Storm Troopers feel authentic, shouting things like "Blast him!" and "You've made your last mistake, Jedi!" before ending up like kebabs.
+ Some of the troopers have really good conversations to overhear before you start combat. "I'm getting chilly. Anyone else chilly?" "Chilly troopers don't get named Storm Trooper of the Year." "... So you're not chilly?"

Cons
- The game is full of treasure chests that contain cosmetic changes for your 'poncho', the starship and your Lightsabre. It's completely pointless, with some of them tagged as "premium content". Fuck EA.
- Fewer puzzles and more combat would be good. I want to be Lightsabering Storm Troopers, not pushing giant balls around
- You end up chasing enemies a lot as they just back away out of reach. Force pull helps a bit later, but it's still annoying just running around trying to hit things
- It has that whole campfire thing from Dark Souls where your health potions recharge and enemies respawn, but there's no explanation for why - it's just crowbarred in there
- Dying and having to run back from a save point 10 minutes back is really tedious
- The running animations are a bit janky
- The human characters and facial animations aren't great
- Force powers are limited to slow, pull and push
- No Steam achievements (just added in the latest patch)
- When you finish the portion of the story on a planet, you often have to backtrack all the way back to the ship and do all the travelling again
- The game gives the impression of being open-ended, but it's ultimately linear unless you choose to go back to old areas to find cosmetics
- The last section of the game is full of plot holes, and the end of the game was a real let-down, both in terms of story, and EA trying to crowbar certain characters in at the last minute