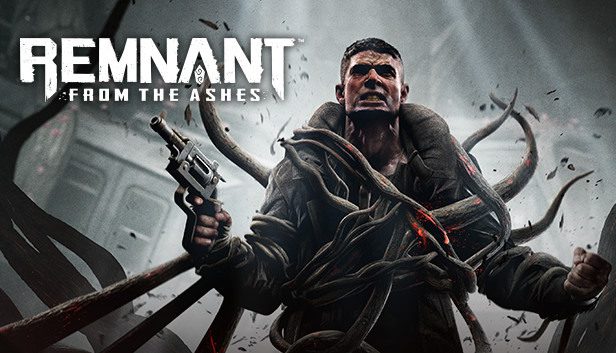 Remnant is a Dark Souls clone, but with guns. It's therefore quite a bit easier. It's also co-op, and randomly generated. So while it has all the atmosphere and most of the mechanics from Dark Souls, it lacks soul. All the items and bosses you face are random, presumably to encourage people to 'reset' their world and play the whole thing again.

+ Has the good parts of dark souls; atmosphere, upgradeable equipment & challenge, without the obnoxious bullshit of losing all your progress if you die twice in a row
+ Ranged weapons, not all melee
+ Guns feel good
+ Looks pretty, although some of the levels feel a bit empty

- The campaign is randomly generated, so you get the bosses and items in a random order. As always, it kind of loses something when it's not hand crafted
- Rather weird pacing. All the mobs in the sections between bosses die in less than a second, then the bosses are really quite detailed and require some tactics (even though they're generally pretty easy)
- The Epic launcher is a pile of shit. The devs released a hotfix recently which was a 900mb patch on Steam. The Epic launcher downloaded all 38gb again
- Generally no idea what's going on. There are some books that explain the lore - but even after beating the last boss I didn't really understand anything that had happened
- Aimed at co-op, although it's decent enough solo - if a bit repetitive
- NO PAUSE. I don't care if your game supports multiplayer. Single player games need a pause function
- Because you can't pause, you can't use the correct healing item for a debuff that isn't on one of your 4 hotkeys
- Main character has no voice
- Gets repetitive