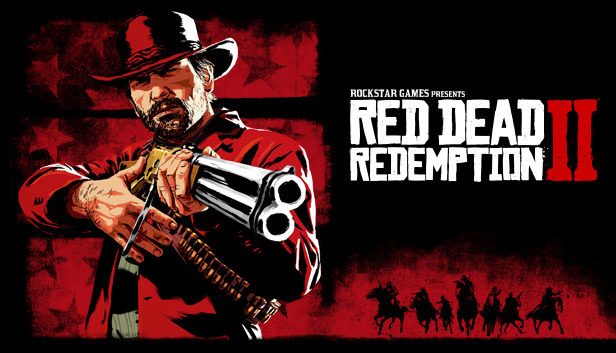 Having just finished the main story, I can safely say that RDR2 is one of the greatest achievements in video game history. It may be very different to what you're expecting from an action game though; made by Rockstar, if you're expecting Grand Theft Horse you're going to be disappointed. Although it is technically an open world action game, I think the core focus is the story of Arthur's life and the changing world. Everything else in the game is designed to fully immerse you in that world and it's characters. The acting, hunting, fishing, NPCs, beautiful environments & attention to detail make each main mission (over a hundred of them) feel like playing an episode of a Wild West TV series. 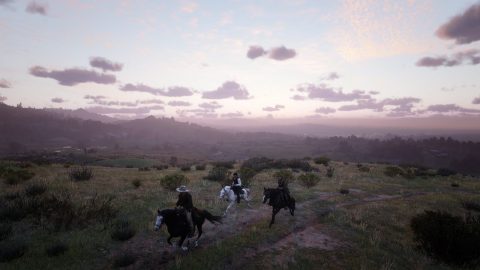 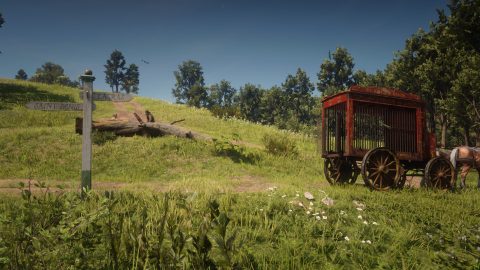 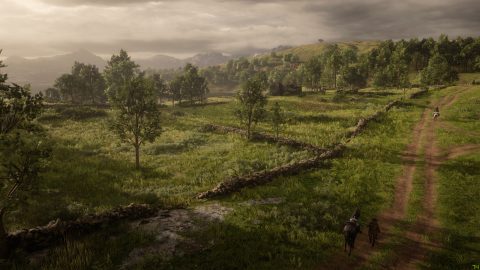 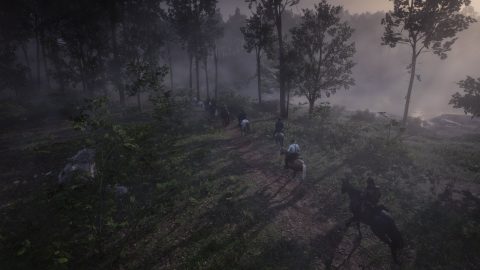 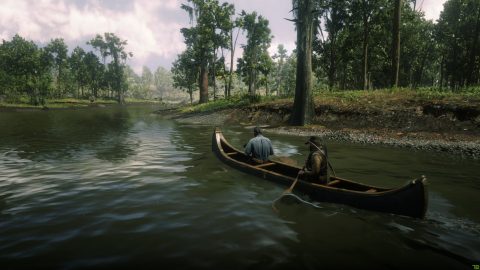 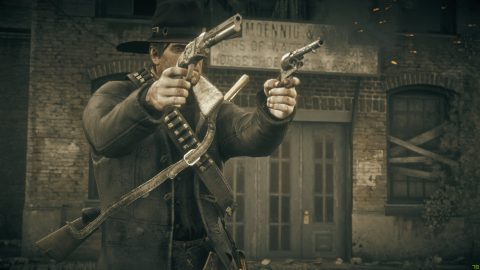 This review is for the single player only. Most of the negative reviews on Steam seem to be about the online mode, which I don't care about and never touched it. If you only buy it for the online version, you're missing out on one of the greatest single player video games there is today.

The other important related thing I want to say about that is that according to achievements on multiple platforms, only 22% of people who bought the game finished the story. That's a real shame, but I also totally understand why. RDR2 is a _really_ long game, even if you're only doing the main missions - but the likelihood is that you'll get distracted by all the hunting, side quests, exploring, gun & outfit customisation. There is so much to do in the world and while I think that's excellent, I also think most people will never see most of it, so perhaps they could have afforded to make the game a bit smaller.

--Pros--
+ Incredible story telling, memorable characters, good character development. Hundreds of hours of voice acting and motion-captured acting to make everything feel like a film
+ There's an interesting blend of the stereotype 'open world' and the story. Not all side-missions are available later, not all characters are avilable at all points of the game
+ Arthur is incredible well acted and animated. He's totally memorable and I was deeply emotionally involved in his story throughout
+ Amazing attention to detail. Looting corpses, footprints, light rays, dialogue, animations, everything has been done to the greatest detail
+ Animals are beautifully detailed, as is hunting and skinning them
+ Having no character levels works well. Bullets are bullets, so you can headshot and kill anyone from the beginning of the game
+ It's stunning, both PS4 and PC (if you can run it)
+ The game really encourages riding everywhere on horseback, but it is possible to fast travel
+ Every mission is a hand-crafted masterpiece of cinema. Especially the end-of-chapter missions.
+ Pacing is good. The early part of the game sets a lot of groundwork, then there's a bunch of content in the middle before the final chapter is totally epic.

--Cons--
- The controls. On PS4 I spent the first 20 hours of the game accidentally kicking and strangling people because of the terrible controls, stealing wagons to pay off all the bounties, then doing good deeds to recover my honour ranking after stealing all the wagons. Overall, it's bloody brilliant, but just be prepared for a bit of a learning curve. Controls are less of an issue on PC, but it's still odd that, there are 3 different buttons for looting depending on what you're looting.
- Having to scroll through all your guns is pretty tedious, especially when you own a lot of them towards the end of the game. I want to be able to favourite them or just bring some of them
- The auto-travel (cinematic camera) is hilariously awful. 9 times out of 10 Arthur would ride into the back of someone, cause an accident or ride straight into a tree and kill his horse
- The PC version is really really taxing. Even on lower settings, it's not that well optimised
- Gameplay is comparatively very slow. You'll enjoy this more if you immerse yourself and relax. It's slow because it focuses on every detail. Looting each body literally means turning the corpse over and patting it down. Cooking means a cooking animation for everything you cook. Picking herbs means grabbing the herb, stripping it and putting them in your pocket. Nothing is instant.
- I'm really not a fan of the bounty system. In a game that I believed is meant to be about freedom and being an outlaw, it's incredibly restrictive. Anything I wanted to do - rob someone, jump on a train, steal all the passenger's belongings, it all resulted in being seen immediately and getting a massive bounty. Even if you're wearing a mask or change your clothes. Although the story is meant to be about Arthur recognising that the world is changing, I eventually gave up on everything illegal because it was such a pain in the ass to get away with.
- The controls make this law system worse - I tried to park my horse, accidentally kicked the horse next to me instead of dismounting and got fined. Then I was in town, tried to mount my horse, and Arthur decided to strangle the nearest passer-by. Yet more bounty.
- As I said above, only 22% of people finished the game - I think it's too long
- Lacks feedback in some areas, like it tells you your horse needs brushing, but not when you've brushed it enough
- The core system doesn't really make much sense to me. I don't like the core levels affecting the circles around the outside and think it could have been more streamlined