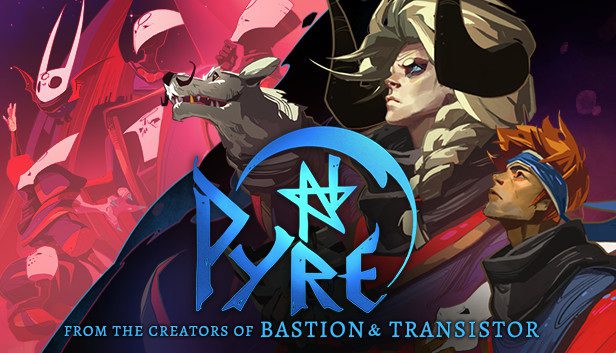 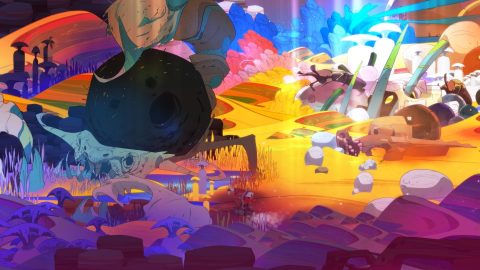 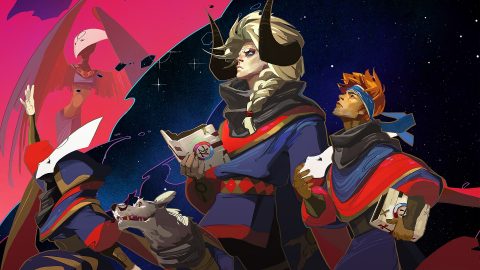 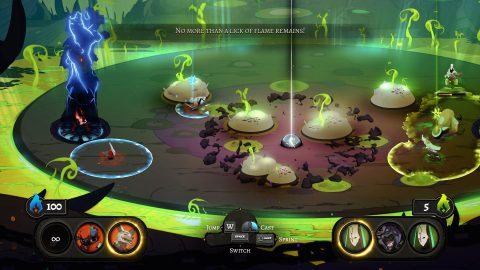 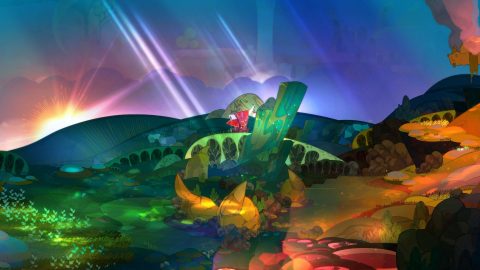 I loved Bastion - I completed it 3 times. I also thought Transistor was awesome so I bought Pyre without much hesitation, without knowing that much about it. I think that was a mistake, although I wouldn’t really have known; the Steam description is “a party-based RPG” which I definitely wouldn’t describe it as. It’s technically correct but bears no resemblance to the games you’re thinking of as party-based RPGs. Many people think this particular mashup of short sports matches and lots of reading is fantastic, but I couldn’t stomach more than 4 hours of it (and I skipped past lots of that too).

Pyre is a weird mix of what are effectively 3v3 basketball matches, and approximately 85% reading. The premise is that you’ve been banished to the underworld and there’s a series of ‘rites’ that you can participate in to earn your freedom back to the surface. You’re important because you’re one of the rare people in the world who can read (reading is forbidden). These rites are 3v3 battles where you have to get the ball in their hoop several times before they get it in yours. In between there’s a choose-your-own adventure style novel where your wagon travels between points of interest.

Throughout the course of the game, new party members join you for various reasons, and they all have individual skill trees. I like the skill development and the trinket mechanic which allows you to lightly customise your companions (you choose 3 team members per match), but the actual basketball game is often so hectic and clickfesty that it hardly matters what skills or trinkets you use.

The artwork, animations and soundtrack are all really high quality as-per Supergiant, but I hated the core gameplay mechanic. There’s also not much of that though; each match is 5 minutes or less. There are 26 matches in the game, and it’s roughly 12 hours long. That makes actual gameplay about 15%, and 10 hours of reading.