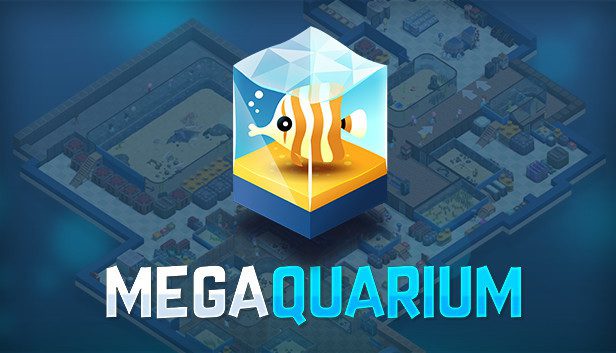 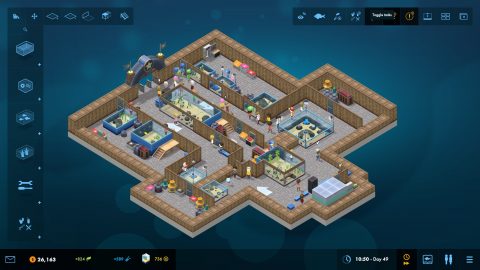 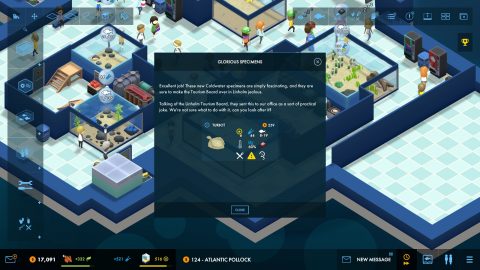 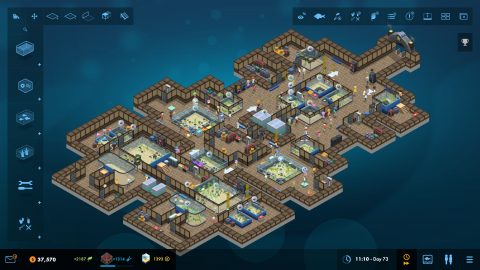 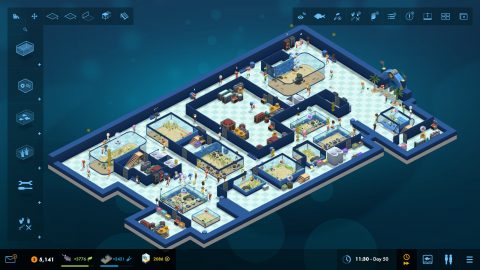 Megaquarium is an excellent indie aquarium simulator. That's a pretty small comptetition, but it's great fun all round. Especially if you like aquariums like me. It's got a decent (if slightly fiddly) UI, a happy vibe and a long campaign. If you enjoy tycoon games like Zoo Tycoon or Parkasaurus, this should definitely go on the list. I initially thought it would be fairly simple, but the tank requirements for each different kind of fish are actually really varied, so there's plenty to think about when trying to work out which fish can go in which tanks together.

- The biggest problem I have with the game is being able to plan an aquarium with a route. The visitors come in and leave through the same door, so you can't have an entrance and exit. They ignore the floor signs, and basically just wander about aimlessly until they're tired and go home - which makes it impossible to create a one way system where visitors are funnelled through the aquarium. It forces you to build a large sprawling aquarium where everything is just separate blocks with space around them.
- The's game's viewing angle is really weird. After 20 hours I never got used to it. It's using orthographic instead of isometric, which makes the map bend and distort in unusual ways.
- I'd like to be able to move multiple objects at once. Moving a tank's supporting maintenance room is a pain
- How to heat a tank is really clear - you just have to have a heater with a temperature which matches the 1:1 size of the tank. Water quality is super confusing though. There's a filter, a protein skimmer and a nitrate reactor, but I have no idea why there are 3 separate devices, and the game doesn't give you any clear information about it.
- Managing staff has the same kind of approach as planning the aquarium - you end up just spamming enough staff to feed all the animals