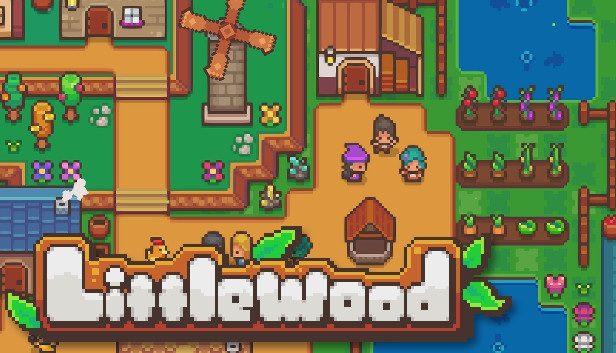 Littlewood isn't quite what I was expecting. I thought it would be a sort of Stardew Valley (certainly what it gets compared to), but it has a lot less depth, and a lot more grind. That's not to say it isn't enjoyable and charming for 10 hours, but it's become unbearably repetitive after 25 hours played. Although I haven't played Animal Crossing, from what I know of it - that would be more accurate. A bunch of stuff you can do with no real goal. It's way bigger than I was expecting. It's adorable, and sits on that border of what people call relaxed, but easily boring. I've played it for a couple of dozen hours and I just can't bring myself to keep playing. 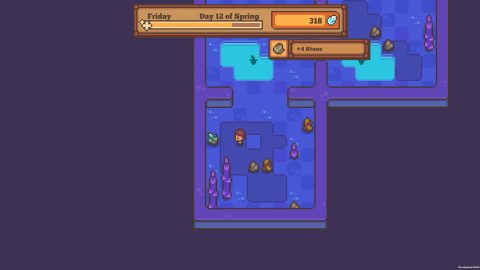 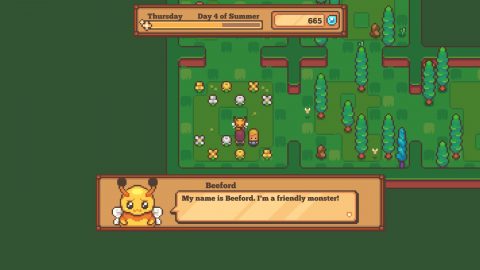 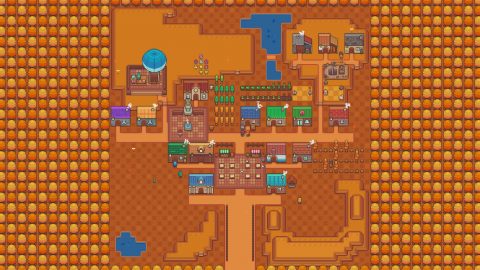 It has a really cool building system where you don't just build buildings, but you can raise and lower the landscape, move everything and make exactly the town you like. There's tons of stuff to do, but no urgency or deadline to any of it, which can be good and bad. There's mining, farming, fishing, gathering, relationships, cooking, flower breeding and a card game. Villagers also have wishlists for things like where their house is and which objects it's decorated with.

+ You can upgrade all your buildings
+ You can buy permanent boosts for the town like +1 fish spawn
+ Pretty pixel art
+ Tons and tons of items
+ Relaxing music
+ Intuitive building system
+ Weather
+ Time only moves on when you take actions, not walking around

- It's quite difficult to choose to aim for a specific tool upgrade. Golden tools are unlocked by completing a villager's house wishlist. That includes a specific set of furniture, and the blueprints for all furniture are randomly found in a couple of shops, so it could take dozens of hours just to complete one house.
- It gets a little annoying doing literally everything with 5 keys. Although the mouse works, it's obviously built for controller
- It's quite repetitive. Most buildings just require hundreds of magic ore/trees to upgrade
- Misses the depth of Stardew
- I don't want to knock it, because I love the idea. I just couldn't bring myself to finish it. It's SO GRINDY just doing the same things over and over and over for hours. Each building has 10 levels, with 4 stages for each level up, all requiring either money, wood or stone. All the houses want different decorations - there are literally hundreds of objects and decorations, and you only unlock them by buying each individual item for about a day's worth of grinding money. There are 3 pages of wishlist items for each hosue (there are over a dozen houses) and after 25 hours of play time, I haven't collected even one page of one house's materials.