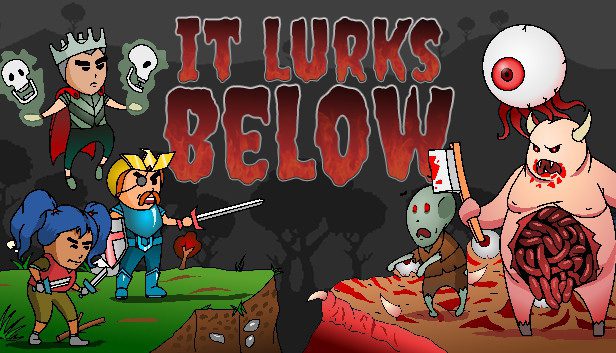 If someone said "The guy who made Diablo went solo and made Diablo crossed with Starbound", this is exactly what you'd expect. Big ideas, low budget. There's lots of fun to be had here, provided you can put up with some aggravating design choices. Basic gameplay involves digging deeper while maintaining energy and hunger by farming and sleeping. There's mining, farming, crafting, a day/night/season cycle, varied classes and some really interesting abilities. As usual in 2D games, combat is based on glitching mobs to where they can't hit you, which is just as well because invasion bosses run into melee range with no way to escape, and have thousands of hp.

When I first played this, it started slow and I almost never touched it again. Then I decided to give it try again and played for 10 hours straight, then dumped it. So it's a bit of a roller-coaster, and here's why.

Although the game starts slowly, you unlock more basics as you go along; blueprints, town buildings, gear etc. There's a skill tree for 'survival' which covers mining, cooking, farming etc. Class abilities are unlocked every 5 levels and you can make them more powerful by spending gold. That works pretty well although it slows down a lot around level 30 or so.

The underworld is divided into sections. Each section has a specific kind of ore, which you make that tier's armour from, and the goal is to kill that level's boss, then dig deeper and do it all again. I was really enjoying that until about 10 hours in when I realised there were some really horrible design decisions around respawning and item recovery. The core of this is that bosses are treated like part of the normal world, which causes these issues:
1. You can teleport back to town during a boss fight and the boss will keep the same hp. That means that you can basically do a boss fight without potions by just going back home and sleeping during the fight, then teleport back and carry on
2. When you die, you drop a random selection of items including your armour and weapon. That works ok in the general world, but this means that during a boss fight, you drop all your gear in the middle of the boss room. You're not armoured anymore which that means you can't retrieve it, because with no armour you get insta-gibbed as soon as you teleport in and try to pick it up

There's an NPC who's meant to help you recover lost items in the world, but it's bugged. He was taking 5000 gold from me every time but not giving me my items back.

Also, periodically, your home town gets invaded. If you get overrun and die in the middle of town, you then have a home full of monsters, so you can't make any new gear and you can't rest there either. So the place I got to meant that half my gear was in a boss room, and the rest of it was in town surrounded by monsters. At that point, without starting an entirely new town somewhere else and mining all the materials to make full new set of armour, I couldn't continue.