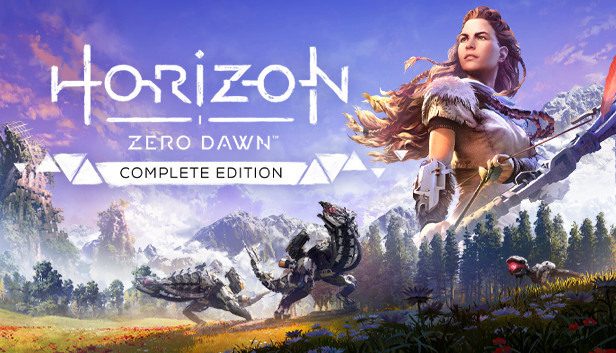 HZD is a game about killing hundreds of raccoons, rabbits, boar and turkeys on a never ending quest to gather enough meat to make health potions so you can take the occasional pot-shot at a metal dinosaur. I'd agree with Yahtzee and say that for the story, they started with metal dinosaurs and worked backwards. It is a decent story though, and it's genuinely interesting to go from not knowing anything to discovering what happened to humanity 1000 years ago. Voice acting is good & Aloy is well animated. Although it's difficult not to give full marks to a game as beautiful and interesting as HZD, there are a lot of drawbacks too, all related to the fact it's only on console.

As for the drawbacks, I'm always coming at these console games from the point of view of someone with a good PC. For most console gamers, I expect these are part of life. But coming from games installed on SSDs played with a keyboard and mouse, the following put a huge negative mark on the game.
- Loading times are huge (like 3-4 minutes fast-travelling to the main city).
- The UI for using potions and traps during combat requires you to scroll through a dozen items to find the one you want using the left/right buttons. So if you want to distract something, put a trap down and use a health potion, you have to stand there for 30 seconds getting shot at. I experimented with moving hand position to scroll through the items and move at the same time, but the PS4 can't cope with having multiple buttons pressed at once
- A game entirely based around a bow and arrow doesn't belong on a console. For the whole game, I was just annoyed that the combat would have been a lot more enjoyable using an accurate input method. If I hadn't constantly felt held back by controller, I would have thought it was enjoyably challenging. As it is, I just gave up and turned the difficulty down to easy
- The game world is huge, which is great. There's loads of quests. However, I probably spent at least 10 hours of my play time shooting rodents for meat to make health potions, which the robots removed with a single swipe. I enjoyed it a lot more on easy.
- I saw a few other people complain about this, but I found it almost impossible to see anything at night. You can't control the day/night cycle, so I sometimes found myself waiting for daylight just so I could see what was going on. This may have been down to having HDR enabled on our TV.