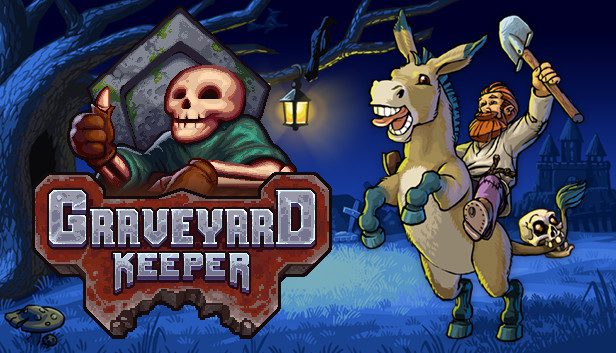 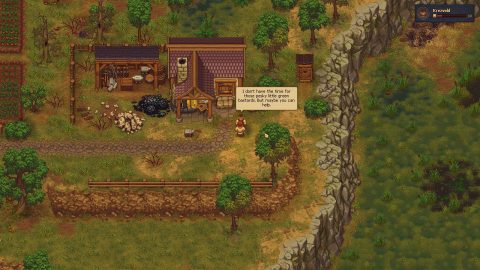 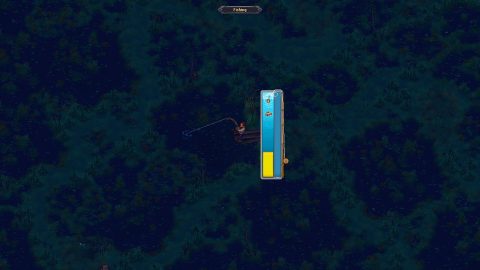 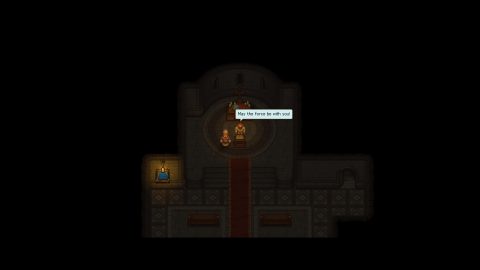 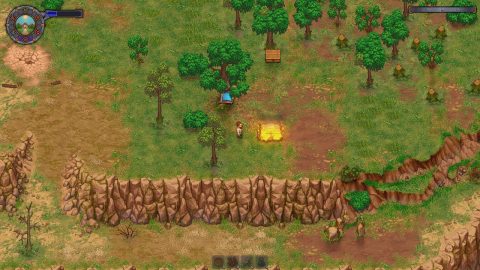 This has all the makings of a really addictive awesome game, but it falls flat in a couple of areas. It's an original setting; playing a graveyard keeper who deals with corpses and improves the church, graveyard and town. You use corpses as a resource for creating zombies, an automated workforce. It has an interesting research tree, combat, farming, necromancy, quests, fishing and so many good things - but is ruined by poor inventory management and arbitrary grinding. I'd love to recommend it, but I can't bring myself to finish the game, even after playing it for 45 hours - Inventory management is an absolute chore. Could be vastly improved by just adding a better storage system.

+ Clever fast-travel system by adding a system of tunnels under the church, your home and the town, which all connect and are shorter than the overworld
+ Really like the technology tree
+ Nice idea combining faith from preaching and science from autopsying the bodies that come in to make progression in different areas
+ I really like the fact that there's no hard end to the day. If you've got enough energy, you can sleep whenever you like. It stops you from having to cram as much as you can into every day, or finish something before the game makes you pass out.

- Poor pacing & quest design
- 50% of the game involves walking between containers all over your home/base. Inventory space is very limited, and managing it is an absoulte chore
- Some key quests that completely change the gameplay and improve cashflow are not distinguished from random money/time sink quests
- Dialogue is originally Russian and is not translated very well. Sometimes sentences either don't make sense or are just incorrect (vines described as on the eastern side of Witch Hill are actually on the west)
- Interacting with things can be a bit wonky. The icon will show up, but you're not standing in quite the right place to use it
- The main character goes kind of blurry when walking - animations need some work
- Once you've accepted a quest, all you have a is a half-sentence summary on the character page to refer back to. If that doesn't make sense (like where to get hiccup-grass or moths), you can be stuck for hours
- When resources pop out of something, they follow your character and are automatically picked up. They follow you at exactly walking pace though, so they never catch you if you don't stop and wait for them
- You can't add to or change what's being made in a machine, so if there's one iron bar left being made for 2 minutes, you'd better be around in 2 minutes' time to add another order
- You can't move structures in your base. If you destroy them to reorganise, they don't give back the materials they require and it's possible to destroy a structure with no way of making the items required to build a new one. I nearly had to restart my game after 5 hours because there's only one save-slot. I had to farm sticks to sell to a vendor to upgrade what he sold, then buy the wooden beam I needed to rebuild my wood stockpile so I could rebuild everything else
- Quest NPCs are only available one day a week, so if you miss it by 30 seconds or forget, you're screwed for another real-time hour
- Your appearance doesn't change when you wear armour
- Storage chests are spread out across all of your property and walking between them to deposit/pickup items is tedious
- There's a really interesting huge alchemy system with zero interface help, so you have to either write down the recipes or have the wiki open. Borderless mode doesn't work, so you either have to run the game in windowed mode or keep minimising the game
- There's no mount in the game, despite having the gravekeeper riding a horse on the cover. Walking is slow and locations are far apart