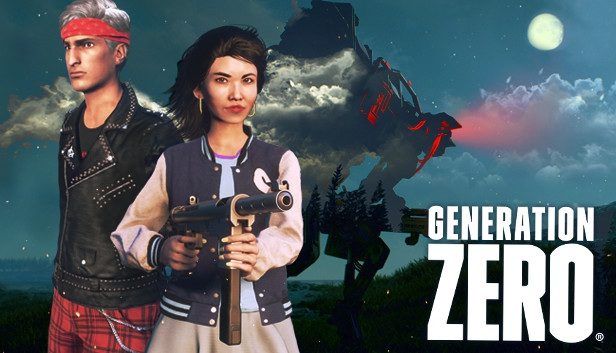 Gen Zero starts out feeling like a kind of a more realistic low budget Fallout 3, until I did some reading and realised there are no NPCs in the game. You start out on an abandoned Swedish island during the cold war, and everyone has disappeared while you were on a fishing boat. You scavenge for guns and ammunition and soon discover the place has been taken over by robots. I first really started looking at the game after reading a review with the devs about how surprised they were when it was badly reviewed at launch, and the journey they've gone through to try and fix it over time. I wanted to give it a chance for that reason.

As always there's good and bad. I would hope that if this game's done well enough, the devs carry on and make something else that's unique with a bigger budget and more QA. This one is either very understaffed, or just needs more experience both in design and QA.

- Very basic lighting on vehicles - no shadows
- Bicycle animations are very rigid (and why can't I get off and push the bicycle up the hill?)
- There's an archive of tutorials you can read in the menu, but they aren't in alphabetical order
- The game encourages stealth, but doesn't have the tools to deal with it. I was sneaking around... until I realised the robots could see me crouching in a bush from half a mile away and I can't lean around corners
- Every time you run out of first aid kits, you have to add the item to the hotkey again next time you pick one up
- The game tells you to sneak past enemies, but you get no XP for it
- I'm playing a single player game and I can't pause
- There's two multiplayer-focused skill trees in single player mode

Bugs found in the first hour
- Spelling inconsistencies in the skill tree (Hacking and hacking in the same skill)
- Getting on the bicycle regularly throws me up into the air and I take damage
- The last enemy patrol I was in combat with who killed me, could still see me after I respawned on the other side of the island
- The game is set to invite-only and I just got a notification that some random player rules an island near me

So there's potential, but the game's already been out for more than a year and I found several bugs in less than 2 hours of playing, which doesn't inspire confidence.