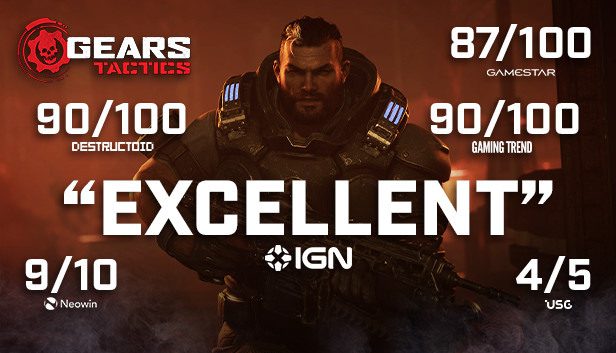 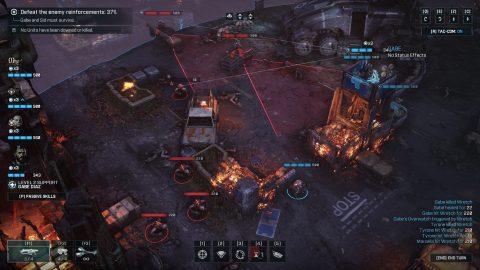 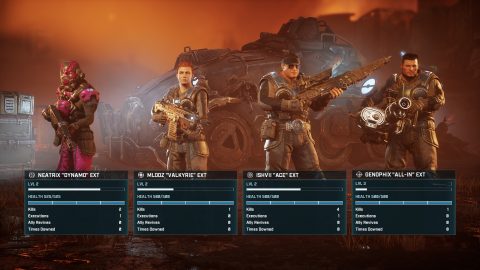 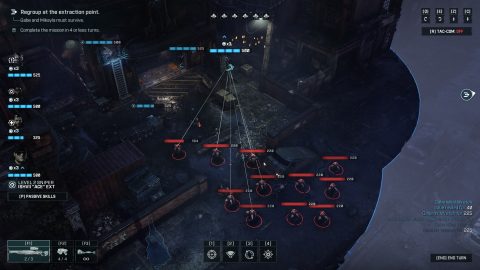 Gears Tactics starts out really strong and adds some excellent (and needed) innovation to the turn-based tactics genre. It's well voice acted, it runs really well and it has some great mechanics. It's let down by a couple of things; lack of variation and clunky soldier management. There are only about 4 mission types, the game is padded with endless mandatory side missions and gets very repetitive. That said, I think it's a really strong entry and would love to see it refined a bit more. The fact that it's this good and came out of nowhere it totally unexpected though, great job.

+ Great graphics
+ Free camera movement (not 45-degree angles)
+ THERE IS NO GRID. Characters can move anywhere, and it works brilliantly. Allows for lots of precision.
+ Overwatch fires multiple times depending on remaining action points
+ You can shoot THEN move
+ Execute downed enemies for free actions
+ You can restart missions if you lose a soldier. Which you can do in XCOM, but only by save scumming. That being said, losing soldiers really doesn't matter, because the game gives you more all the time (see below)
+ When you're previewing a move, you get white lines telling you which enemies will be in view
+ Grenades are way more fun than XCOM. They're on a cooldown instead of once-per-mission, and one of my soldiers has gear and skills that reduce the cooldown from 6 to 2 and increased the range and damage so she's the best soldier I have. Sound effects are awesome, and bodies are blown to pieces
+ Overwatch allows you to interrupt the enemy's turn if they act while covered
+ The boss fights are really impressive. Huge creatures, interesting mechanics

- The soldier system is annoyingly rather flawed. There are hero characters that you can't customise and will have for the whole game. Aside from that, you have a roster which you can fill with recruits. They gain XP on missions, but they don't gain it fast enough to stay current, and the game keeps offering you new soldiers at a higher level for free, which means you keep dropping the lower levelled customised ones. This makes them facelss cannon-fodder, discourages customising them, means you have to keep swapping gear all the time, and you don't learn their skill trees.
- Given how often you have to keep changing gear, the interface for doing it is really clunky
- Enemies get to move and fire on the same turn they appear on the map. This is deeply unfair and you can't plan for what you can't see.
- Gets really repetitive. At the start of the game it feels great, but by the start of the third act it feels very artificially padded
- Like in XCOM1, if you overlap two units on Overwatch, they'll both fire at the same time and you'll waste a turn if the unit dies from the first shot. XCOM 2 solved this by making units fire in turn, but here you need to make sure you never overlap overwatch cones
- I've never played a Gears game before so I've got no idea what's going on, but that doesn't seem to matter too much.