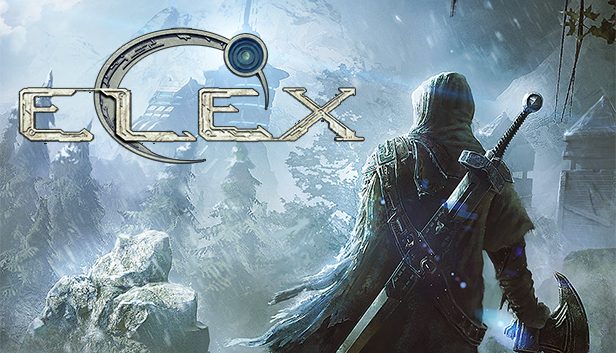 Considering that this is one of the most clunky, badly voice acted, badly designed, slow, frustrating RPGs I've ever played, I can't believe I'd still recommend it (with small print). Almost everything about this game feels like an untested buggy mess, and yet it still kept me completely hooked for 4 days, until Discord removed it from their store with no announcement and instantly cut off the ability to play it. So there's one takeaway from this, don't use Discord Nitro. Also don't buy this game at full price; €50 is insanely overpriced. 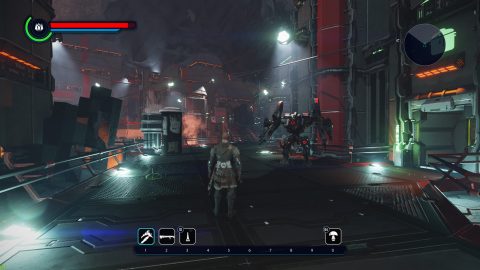 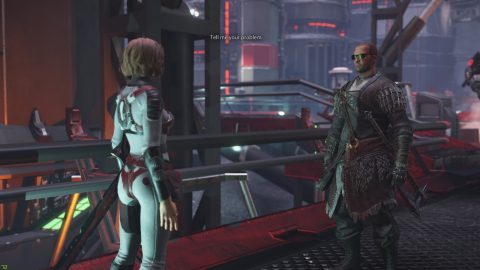 This is probably one of the weirdest games I've reviewed, because like the short summary says, almost everything about it is bad, clunky and horrible. AND YET I still got totally absorbed by it and played it to death over the course of a few days. So if nothing else, take away from this review that although there's fun to be had here, you have to be incredibly forgiving to enjoy it.

Probably the biggest thing to note about this game is how clunky and horrible both movement and combat are. I mean, I don't know how you go about building a 3D RPG like this and have movement THAT bad. It's the main thing you're doing for most of the game, and it feels like even walking up a slope is a massive chore.

The combat is equally clunky. You have a light attack and heavy attack, generally locked on to one target. There's also a dodge roll. Attacks are slow, you can't hit an enemy on a slope, dodges are imprecise, and considering it's dodge-based combat, there aren't really any warning animations from enemies about when you're meant to dodge. Oh and there's a stamina bar which depletes after 5 attacks.

I started a list of bullet points for first impressions while I was playing this and it just got longer and longer as a list of bugs and oddities. Enjoy!

- Parts of the landscape are blocky, and textures are generally low resolution. This game came out in 2017 but it could easily date it 10 years before that.
- It took me a while to realise you can't loot anything when you have a weapon equipped, so you have to keep un-equip it every time after combat to loot what you killed
- The writing is pretty bad (simplistic), and the voice acting delivery of it is stiff and awkward
- The companions you get have equally laughable voice lines. Every time I got into combat my companion would shout "I am attacking"
- Skill descriptions are a combination of misleading, confusing and outright lies (https://www.reddit.com/r/elex/comments/782zto/some_concrete_info_on_skills_and_other_things). They just don't do what they say they do
- Identical models for NPCs (ran in to the same model in 5 different places in the first town)
- When walking into a house from outside, everything is pitch black for about 5 seconds until the light catches up
- It takes at least 10 hours of playing before you're even vaguely able to venture out into combat
- Huge balance issues. Not only are you completely underpowered at the start of the game, but after a certain point it completely flips and you become totally overpowered. There's no difficulty curve, you just go from weak-ass to godmode about halfway through the game in the space of an hour
- There are no levels on enemies, and you can't target them from range until you have a gun, so your only option to see if an enemy has a skull icon is to get within melee range. If it -is- a skull icon, it will then chase you for at least 5 minutes
- The first faction you meet don't allow any technology. This includes your map and interface, so every single time you want to check the map or use an item, you have to listen to "Hey that's forbidden! Throw it into the pit!" Not that they actually ever do anything about it
- You have a jetpack. That's great! Except that it takes about 30 seconds to recharge 4 seconds of jetpack, so scaling cliffs is a chore waiting for it to recharge. It also doesn't really work for traversing horizontally
- The game gives you numbers for things like health potions and food (+12 hp over 6 seconds), but it's not possible to see how much health you have, or how much you gain on levelling up

So aside from the annoyances, then there are the actual bugs. I rarely, if ever, come across actual bugs in games. Even in things like Fallout which is famous for them, I've never actually come across one myself - I just see them as people being negative about the game. Not so here! There are plenty of real bugs to find simply just by playing the game normally, not even looking for them. This is just another thing that makes me feel like the entire game was rushed and untested.

Bugs:
- AI. I came across a band of NPCs in the woods who were just standing there not moving at all
- NPCs in town who got stuck on a small rock and couldn't move
- I went off exploring and accidentally started a cut-scene. Suddenly I had a sword I'd never seen before
- I slept through the night and the character wouldn't get out of bed in the morning. Thankfully the game saves BEFORE you sleep so I could just reload
- I rescued an NPC and he went back to the main town, but he kept repeating the same voice line about needing rescuing from where I found him
- Dialogue frequently doesn't match up. I ask a question, and NPC answers a different question, or starts their sentence with "but.." as if they just didn't say their first sentence
- I decided early on I wanted to join the Clerics (I always join the faction with the fanciest guns). The guy on the gate was fairly hostile and wouldn't let me in because I wasn't a recruit, and wouldn't let me bribe him. Then a few sentences later he just starts talking about how to find my way around and says "come on in!"
- A Rotboar I was fighting fell through the world
- Multiple spelling mistakes all over the game (one entire skill set uses the term engergy)
- I found a new group of people who welcomed me into their guild and gave me a welcome badge, then immediately attacked me

Taking all of the above into account, I'd normally say RUN AWAAAYY and yet I still found myself engaged in it. I think this is probably because of the world and environment - all of the single pieces are clunky, but it's still a world that has some appeal to it. So I definitely couldn't recommend it at full price, but it might be worth it if, like me, you really want a decent RPG to play, and are feeling very forgiving.