Larian are one of the only studios worth backing blindy today; both Divinity 1 and 2 are fantastic. Great value for money, free massive content updates and long term support. In Divinity 2, the graphics for spells and effects are great & they've improved hugely on the combat system from the first game. Practically any build is viable now, whether you want an air-magic battle tank or a necromancer ranger. The combat system is deep and rewarding - battles frequently erupt in to chaos (literally) and often feel like puzzles based on resistances and positioning. The story works well and makes sense, and everything is voice acted. It's huge, and well worth the time. 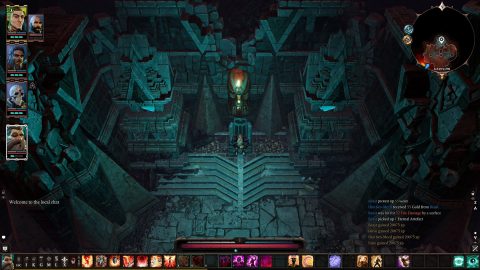 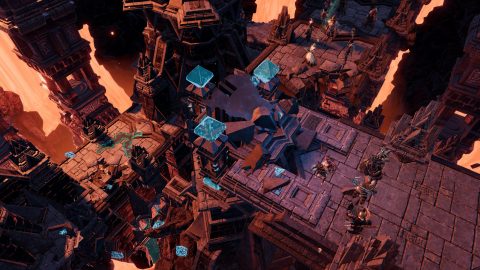 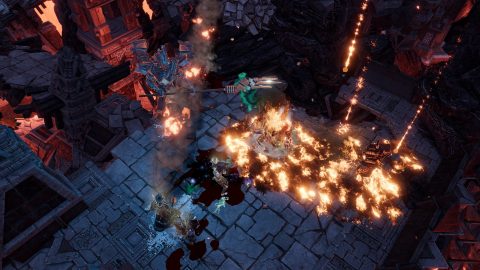 Graphically and mechanically, the game is a massive improvement over the first. Even in the first battle it's immediately obvious that the spells look way better than the first game. It's also well optimised and runs really well. Another plus on the side of performance is the complete lack of loading screens after the initial game load. Fast travelling to anywhere is instant.

The addition of physical & magical armor is genius, and means that there's a larger degree of knowing whether you can do something or not rather than relying on hidden chances like the first game.

There are new cursed and blessed versions of all surfaces, all with new effects and gameplay mechanics to play around, such as blesed blood clouds, necrofire and cursed oil patches.

The game is fully voiced which is a massive undertaking, and it really makes the characters come to life. NPCs in towns have the same voice line on repeat which does get annoying

There's a huge degree of freedom in the game. You can play it traditionally, but you can also decide not to take on a quest, and kill the NPC instead. Larian have stated that it's entirely possible to finish the game even if you kill everyone.

The final act was the weakest point for me. I'm definitely glad I took the time to finish the game, but it was starting to feel like a slog at the end. Act 2 is huge, and I was eventually overpowered and just spent hours looting everything (I finished the game with 350,000 gold). The third act is very short, and the fourth act is full of annoying puzzles, and fights that are way too difficult. Fights are like puzzles sometimes, and some of them are really interesting. For example, one fight takes place on an oil field and the whole battle ends up in flames. Another pits you against spiders full of deathfog, so you have to kill them far enough away that they won't instantly kill everyone when they die and expode. Battles can also be very unpredictable, which keeps things interesting but can be unfair. In the final boss battle of the game, I failed about half a dozen times. On the final attempt, I beat it in 3 turns because for some reason, the boss didn't summon 4 extra enemies.

Actual puzzles (not battles) are one of their weak points. I ended up resorting to Google multiple times because the solutions to quests were very obscure. Also, from Act 2 onwards, the solution to many of the puzzles is "Use spirit vision", which I always forget I even have.

The crafting system and inventory management are both frustrating. While the idea of combining materials to craft things is pretty good, in a game with randomised loot and a fixed number of containers, it's pretty annoying wanting to make something and not having the materials, because it's not really possible to get them. There are also several bugged quests which is frustrating.

There's also a solid multiplayer. You can play the entire campaign with 3 friends, each controlling one member of the party. I'd only recommend this if you're not that keen on -keeping- those friends. The game is designed around becoming a god at the expense of everyone else, splitting the party apart, it allows players to kill NPCs without warning & loot everything for themselves. Given that this is well over a hundred hours and that fights often require reloading, I think it's better played single player.

On the whole, it's definitely worth the time - but there are a few quirks. I found myself asking "For a game that is so awesome in so many ways, how do they manage to make such weird decisions?".