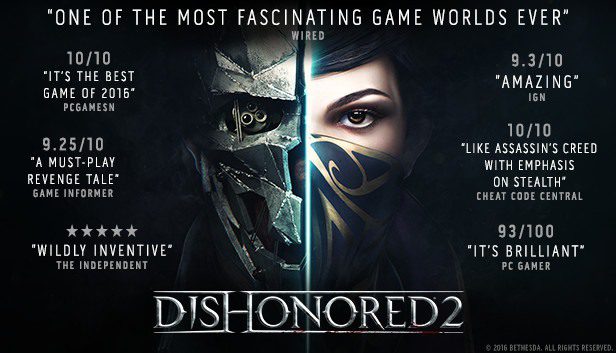 It's been quite a few years since I played the first Dishonored game, but this feels very much like the same game in a new setting, with a few minor changes to things like abilities. The story starts off in a similar way; something happens that means you have to flee, then murder your way back home to convince the rest of the world that you were in the right.

I think if you want more of the first game, this is right up your alley. For some reason, I couldn't finish it. I plan to come back to it at a later date if I feel like it, but it just feels like each level is the same; scout the place out, then knock out and hide all the guards that aren't being watched until the whole area is clear. It feels very formulaic. Bought this and Death of the Outsider on sale, but they're going on the shelf for now.