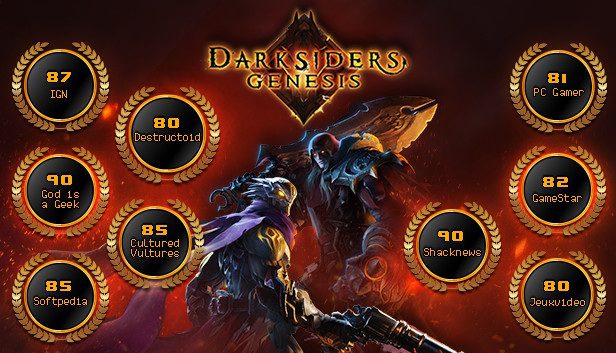 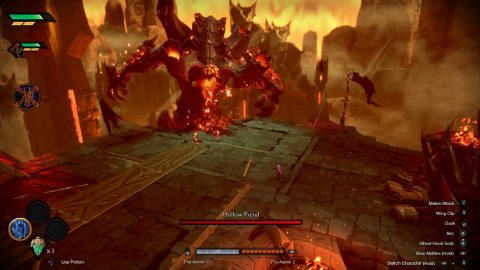 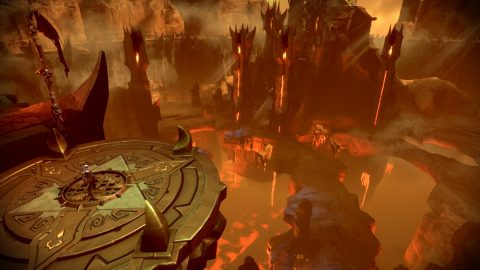 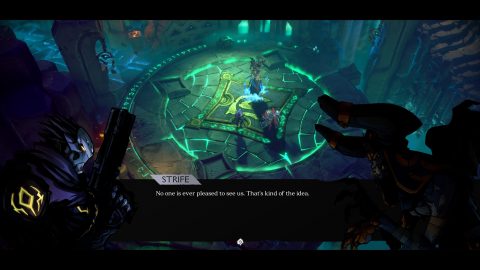 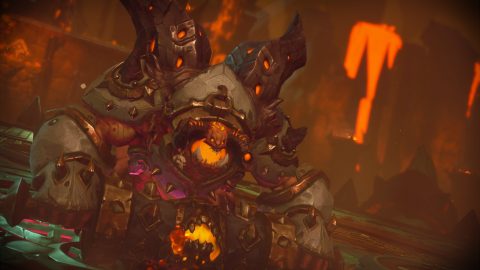 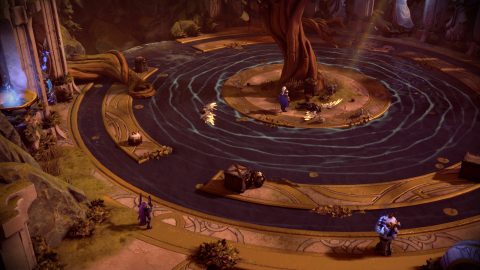 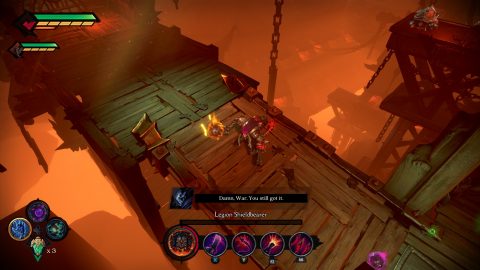 I think Darksiders Genesis has been largely misunderstood based on it's camera angle. Choosing to go with a 3D isometic angle has led to people thinking it's a Diablo clone and being disappointed. While there is no real loot or class system, it does take elements from that and works really well. You play as Strife and War and can switch characters any time. Strife is a ranged specialist, War is a hack and slasher with a ridiculously large sword. There are only a few minor drawbacks to an otherwise excellent experience. The story is a light excuse to romp through various beautiful environments mowing down hordes of demons, it's well voiced and it's great fun to play.

+ The environments are gorgeous, and they're on multiple levels. This sets it apart from other isometic action RPGs as you can dash, double jump, glide and use gusts of air to move up and down around the levels
+ There's some light platforming in the game - jumping, climbing and gliding adds extra challenge and some puzzles
+ The background music is beautiful
+ Well voice acted (War is voiced by Illidan Stormrage)
+ Detailed animations. Anything from opening doors to executions feeks hand-crafted and aware of the environment
+ Switching between melee or ranged characters depending on the situation works well
+ There's a ton of abilities and both characters play very differently
+ Classes/itemisation would have been nice, but then it would be a diablo clone
+ Dialogue is excellent; Strife reminds me of Deadpool
+ I originally felt like the levels were sparsely populated with things to kill, but this gets better later on. There's also an arena which is just waves of enemies, which is good fun.

- The same problem I've had with all the other Darksider games - I have no idea what's going on. They always seem to assume you know who people are and what's going on without explaining it
- Levels are pretty large, and there's a lot of stuff to collect in them. There's a map, but no minimap on-screen. The map shows the floor and where items are, but not where you are which isn't that useful
- Some levels give very little direction on where to go, which means running around aimlessly for ages looking for keys to open doors
- I consistently had issues summoning and getting off the mount, which is done by pressing shoulder buttons. You have to press them at EXACTLY the same time, and both buttons individually are also abilities. It's also not always clear when you can or can't use the mount; sometimes there's an icon saying "No horses", but sometimes there isn't and they don't work
- Towards the second half of the game, I had lots of enemies and a boss getting stuck in the floor or just falling through it
- You can go back to previous maps to collect things you missed. That's cool, but some things you can't get on the first time because you don't have the required upgrades. Having to play the whole level again to collect a missing coin is kind of annoying great design. It uses Diablo's system of replaying things for the sake of the fun slaying demons, but doesn't give you loot as a reward
- Levels save currency and chests collected, but if you quit you have to do the whole level again. Levels are too large for this mechanic. For exmaple, Chapter 7 took 2 hours
- The camera angle can be annoying sometimes but mostly works ok