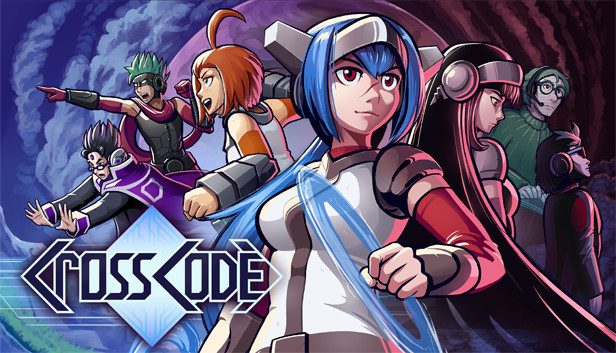 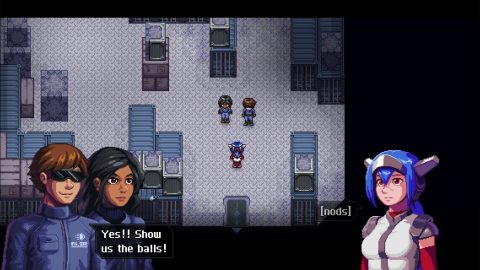 CrossCode is a 2D top-down JRPG which is entirely single player, but set inside an MMO. It's a novel idea where you could feel like you're inside an MMO too - there are 'players' running around (all NPCs), quest hubs, trade etc. Unfortunately it also takes the biggest signature of MMOs - grinding. JRPGs are often too grindy for me already & it's unfortunate that CrossCode is the same. However, without long term character progression and group content, grinding really feels out of place. The puzzle dungeons are pretty good, and I really enjoyed the dialogue and the characters. I wanted to see it all the way through, but it's just too long when it's so repetitive.

+ Cute story
+ Feels like a SNES game; very similar dialogue, animations, art style etc
+ Nice animations
+ Great intro to the game. The character only knowing two words at the beginning is charming and funny (although it looks like she doesn't actually get full speech at all for the whole game)
+ Nice music, but gets repetitive

- You're rewarded for killing many enemies in a row, and your streak breaks if you don't attack anything again within a few seconds. The best gear requires materials that only drop when you have a high combat streak, which forces you to focus on either combat or exploration, but not both at the same time.
- Lots of the game is about parkour / jumping puzzles. Sometimes it's very difficult to tell from the 2D art style whether a platform is on the same level as you and there's often a long run back if you misjudge it, or it's not at your level
- There's no minimap, which can get pretty annoying but at least it means I learn the locations by heart instead of always following the dots. That being said, no quest markers at all can lead to lots of pointless running around
- It's kind of odd that for a game set far enough in the future that they have 'instant matter assemblers' and an MMO running on a separate planet, that they couldn't come up with a better class than "spheromancer" which just "shoots balls". Japanese I guess
- Not a fan of the gear system which requires trading materials for equipment. The materials are pure percentage drop change based grinding which is such a chore in a single player game
- I hate the skillpoint system; the layout reminds me of Path of Exile; over-complicated and badly laid out