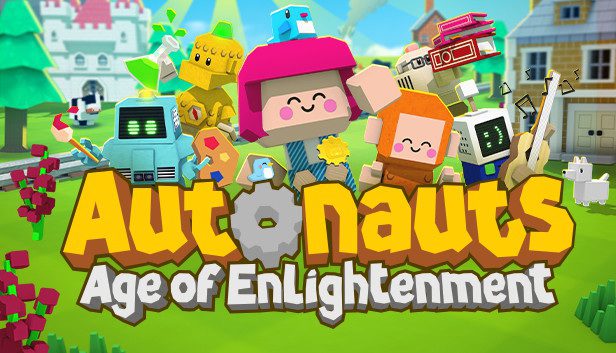 I bought autonauts because of the amazingly catchy-yet-terrible YouTube Song (https://www.youtube.com/watch?v=TftBp8RDAX8) but quickly got stuck into it and really enjoyed automating everything. While I think the game is very original and has a solid base for programming robots, I eventually got overwhelmed with having to redo all the scripts for dozens of robots by hand and found progression very slow.

It bothered me that the game was fully released (not Early Access) and was still missing half the content. 'Progression' is tied to levelling up colonists, and only 4/8 tiers were available for months.
I expect that some people will spent the hundreds of hours required to make the kinds of towns that look like the trailers, but I'd kind of had enough after 30ish hours and I was still only on the second tier, and my town had absolutely no form of order, it was complicated enough just trying to get the production chains set up, let alone having to keep moving everything and the robot's code to accomodate it.

- Editing existing robot code is really tedious; you can't just change one thing - you usually have to delete a block and do the whole thing again
- The animations are obviously stylised to only have 2 frames, but it looks pretty cheap