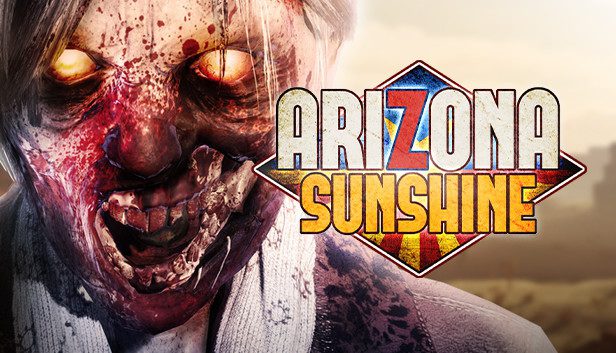 This is another one of those games where lots of it is great and easily recommended, if it weren't for one massive flaw that ruins it. Arizona Sunshine is longer than most other games I've played at about 4 hours, so for that alone and having a voiced campaign it should rank highly among all the proof-of-concepts littering Steam. Shooting zombies is good fun and the voice acting is good. The problem I've got with it is the inevitable zombie horde attack at the end of each level, which is overwhelmingly difficult in single player, and makes it impossible to finish the game. It may be polished - but €40 for a 4 hour game is ridiculous.

- I don't know whether this happens to everyone, but I see two guns whenever I aim at a zombie. Possibly a side-effect of the game behaving like real life
- The game handles reloading better than some others I've played, but it can still be tricky waving the gun around your chest hoping it reloads
- I only made it past the horde attack at the end of the first chapter because of terrible AI - all the zombies just stood on the other side of a rock while I headshot them all. In the mine (second chapter), there wasn't anything for them to get stuck on, and I got overwhelmed half a dozen times before giving up.
- Minor thing - but it can be difficult to tell which bottles / cans give you health and which ones are just decoration